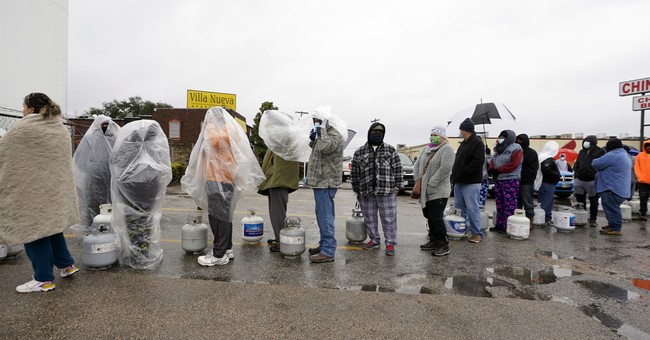 President Joe Biden on Saturday declared a major disaster in Texas as winter storms continue to wreak havoc on the state. Millions of Texas are without power and water due to freezing temperatures, which have resulted in frozen pipes and downed electrical grids. A majority of the state – 189 counties of the 254 that make up the state – are also under boil water notices.

The major disaster declaration allows the Federal Emergency Management Agency (FEMA) to provide assistance to families and businesses in the 77 counties with the most damage. Federal assistance will come in the form of grants for temporary housing and home repairs. There will also be low-cost loans available for property loss that is not insured, for both individuals and businesses.

Grants are also available to state, eligible local governments and some provide nonprofit organizations. Those grants come on a cost-sharing basis and are used for emergency protective measures and hazard mitigation measures across the state, the White House explained.

"As of Friday, the FEMA had delivered 729,000 liters of water, more than 10,000 wool blankets and 50,000 cotton blankets, and 225,000 meals in Fort Worth, Texas," the Wall Street Journal reported. "The federal agency also has provided emergency generators and fuel to help maintain critical infrastructure. FEMA sends supplies upon a state’s request."

Biden is expected to travel to the Lone Star State next week to inspect the damage. He said he is holding off so that "his presence wasn't a burden on emergency responders," WSJ reported.