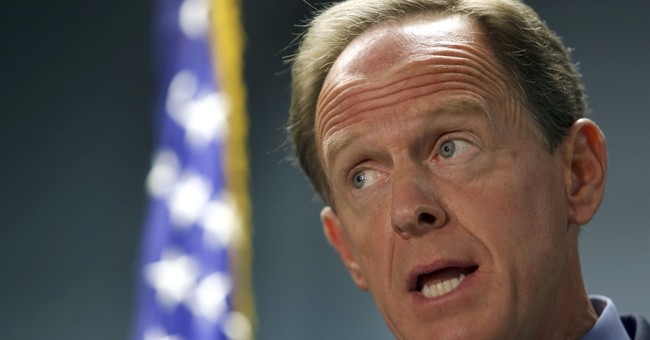 Senate Minority Leader Chuck Schumer (D-NY) late Sunday night told reporters he believes the House and Senate would be able to vote on another Wuhan coronavirus relief package on Sunday. The relief package is being tied to a spending bill that is needed to avoid a partial government shutdown. Congress previously passed a two-day stop gap bill to prevent the shutdown. That bill expires at 12:01 a.m. EST on Monday.

The Senate was deadlocked on Sen. Pat Toomey's (R-PA) demand to eliminate three loan programs the Federal Reserve launched in March to keep the economy afloat during the initial lockdown.

Under the CARES Act, a new corporate bond credit facility was established. This facility provided municipal and mainstream lending programs. They were set to expire on Dec. 31 but Democrats wanted to keep them in tact. The issue, according to Toomey, was none of the corporate programs were utilized and the others were underutilized when the private credit market continued its normal function.

"We’ve never asked the Fed to engage in fiscal policy or social policy, or to allocate credit based on political standing," Toomey said on Saturday.

Earlier in the day, Schumer dubbed Toomey's gripe as an "11th hour demand."

"What he's proposing is not about COVID or helping the American people," Schumer said on the Senate floor on Saturday. "It's about tying the hands of the next treasury secretary and the next Fed chairman in a true emergency. Everybody needs to make a decision about whether we're going to pass this much-needed relief or not. And about 11th hour demands and whether they are worth holding up the entire bill."

We are so close to getting emergency COVID relief done.

Senator Toomey’s legislation is the only significant hurdle to completing an agreement, and Republicans need to make a decision to help the American people now.

"This tentative agreement is an unqualified victory for taxpayers. Senate Republicans achieved all four of our objectives regarding the CARES Act 13(3) Federal Reserve lending programs," Kelley said in a statement provided to Fox News. "This agreement rescinds more than $429 billion in unused CARES Act funds; definitively ends the CARES Act lending facilities by December 31, 2020; stops these facilities from being restarted; and forbids them from being duplicated without congressional approval."

"This agreement will preserve Fed independence and prevent Democrats from hijacking these programs for political and social policy purposes," Kelly concluded.

DEAL nears on covid relief package as Schumer and Toomey appear to have finalized dispute on Federal Reserve dispute, aides say. “Compromise language is being finalized and, now that this obstacle has been cleared, a final agreement ... is significantly closer,” Dem aide says

Senate Majority Leader Mitch McConnell (R-KY) was happy with the news, saying final details of an agreement could be hammered out.

“Now that Democrats have agreed to a version of Sen. Toomey’s important language, we can begin closing out the rest of the package to deliver much-needed relief to families, workers, and businesses,” McConnell said in a statement.

Democrats, however, are not thrilled with the compromise.

"After going back and forth all day with Leader Schumer, Sen. Toomey has agreed to drop the broad language in his proposal that would have prevented the Fed Chair from establishing similar facilities in the future to the ones created in March,” a senior Democratic aide told NBC News.

The relief package that is currently being discussed would include $300 a week in unemployment benefits, another round of direct pay stimulus checks, as well as funding for schools, health care workers, vaccine distribution and small businesses, the Wall Street Journal reported.

As the news about the proposed deal struck, President Donald Trump took to Twitter to tell Congress to "get it done."

Why isn’t Congress giving our people a Stimulus Bill? It wasn’t their fault, it was the fault of China. GET IT DONE, and give them more money in direct payments.