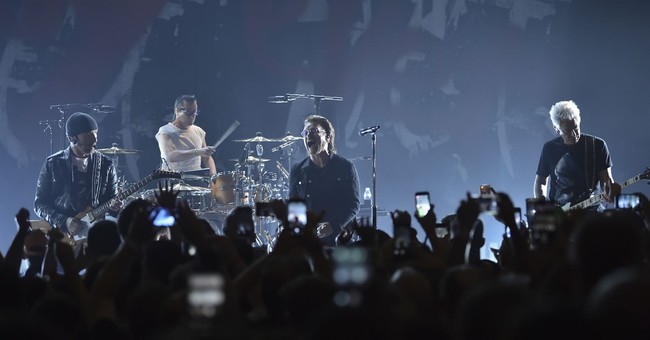 Ticketmaster, one of the nation's leading concert and event ticket sellers, on Monday announced their plans for fighting the Wuhan coronavirus.

According to Billboard, the ticket company will require concertgoers to provide proof that they have had a vaccine for the coronavirus or show proof that they tested negative for the virus 24 to 72 hours before their event. The company will work with CLEAR Health Pass and IBM's Digital Health Pass so concertgoers can share their private information. Ticketmaster also plans to partner with testing and vaccine providers like LabCorp and CVS' Minute Clinic.

If you plan to go to a concert anytime in the foreseeable future – even post pandemic – here's what you're likely to encounter:

After purchasing a ticket for a concert, fans would need to verify that they have already been vaccinated (which would provide approximately one year of COVID-19 protection) or test negative for coronavirus approximately 24 to 72 hours prior to the concert. The length of coverage a test would provide would be governed by regional health authorities -- if attendees of a Friday night concert had to be tested 48 hours in advance, most could start the testing process the day before the event. If it was a 24-hour window,  most people would likely be tested the same day of the event at a lab or a health clinic.

Once the test was complete, the fan would instruct the lab to deliver the results to their health pass company, like CLEAR or IBM. If the tests were negative, or the fan was vaccinated, the health pass company would verify the attendee's COVID-19 status to Ticketmaster, which would then issue the fan the credentials needed to access the event. If a fan tested positive or didn't take a test to verify their status, they would not be granted access to the event. There are still many details to work out, but the goal of the program is for fans to take care of vaccines and testing prior to the concert and not show up hoping to be tested onsite.

Ticketmaster would not store or have access to fans' medical records and would only receive verification of whether a fan is cleared to attend an event on a given date. Different states will have different requirements. The main role of companies like health pass companies will be to collect data from testing and medical providers and deliver status updates to partner companies in a secure, encrypted way that complies with the Health Insurance Portability and Accountability Act (HIPAA).

The decision is being touted as one that will change the entertainment industry as a whole since Ticketmaster sells tickets for the majority of concerts and sporting events throughout the country.

Although new technology that would provide customers' medical data still needs to be developed, Ticketmaster President Mark Yovich believes this will become part of the norm, especially for traveling on airplanes or to theme parks.

"We’re already seeing many third-party health care providers prepare to handle the vetting -- whether that is getting a vaccine, taking a test, or other methods of review and approval - which could then be linked via a digital ticket so everyone entering the event is verified," Yovich explained.

I love a concert as much as the next person but this pretty creepy. Some people can't get vaccines because they're allergic to ingredients. For others, getting a vaccine goes against their religious beliefs. And some people have concerns about the long-lasting impacts of a vaccine for a virus we're still learning a lot about.

The question becomes: how many Americans will agree to this?