Texas Lt. Gov Dan Patrick Puts His Money Where His Mouth Is When It Comes to Voter Fraud 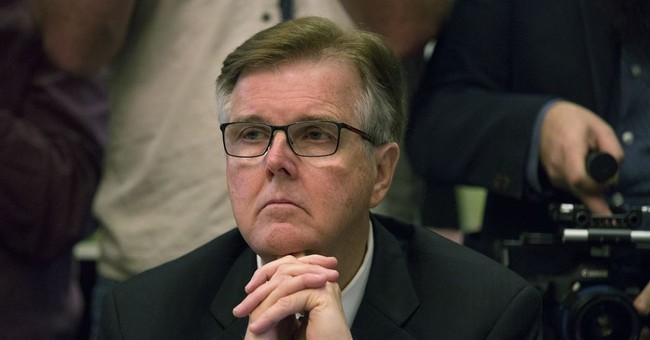 Texas Lt. Gov. Dan Patrick (R) on Tuesday offered a $1 million in rewards for any whistleblowers or tipsters who had information about potential voter fraud.

“Whistleblowers and tipsters should turn over their evidence to local law enforcement. Anyone who provides information that leads to an arrest and final conviction of voter fraud will be paid a minimum of $25,000,” Patrick said in a press release.

According to Patrick, this is part of a bigger effort to support President Donald Trump's efforts to identify and root out voter fraud.

"President Trump’s pursuit of voter fraud is not only essential to determine the outcome of this election, it is essential to maintain our democracy and restore faith in future elections," he said.

The Texas Lt. Gov. blamed Democrats "for creating suspicion of final vote totals." He specifically cited Republican poll watchers not being able to observe the vote counting in multiple states, last minute changes to election laws in battleground states – like Wisconsin and Pennsylvania – and election officials not verifying voters' signatures or postmarks. Other areas of concern included allegations of dead people voting in the election.

“This lack of transparency has led many to believe that the final count is not accurate in states where the winner was determined be a very small percentage of the vote," Patrick explained.

Patrick believes there are serious questions of "voter fraud and potential mistakes" because his state had 970,000 mail-in ballots in addition to ballots that were cast in-person. Even though Texas saw a 55 percent increase in mail-in ballots over 2018, they were still able to have them all counted by midnight on Election Day.

He made clear he supports the president's decision to look into "voter fraud and irregularities" and pursue them in court.

“President Trump is absolutely right to pursue every allegation of voter fraud and irregularities, just as Al Gore did in 2000. Every candidate for public office has this right," Patrick explained. "My goal is to ensure that, regardless of the outcome, every American has faith in our electoral process and our democracy.”