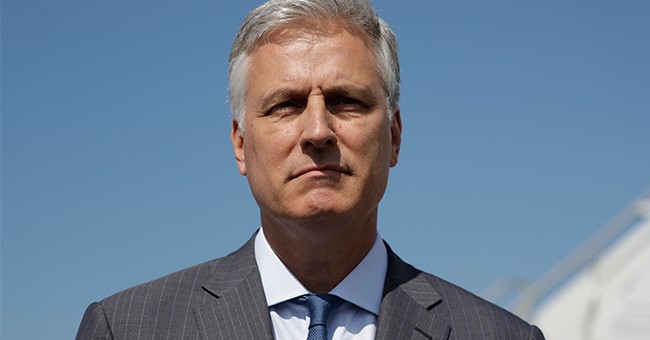 The left immediately went after President Donald Trump for not taking action after the New York Times published an article about the Russian intelligence unit being offered bounties to Taliban-linked militants if they successfully killed members of the American military. It was assumed that President Trump and Vice President Mike Pence were briefed on the situation back March, something the White House has continually denied.

According to National Security Adviser Robert O'Brien, President Trump was never briefed on the situation because the intelligence had not been confirmed.

"When it comes to the briefing, that's another false story. I'm somewhat surprised that the New York Times ran with that story," O'Brien told "Fox and Friends" on Wednesday. "The president was not briefed because, at the time of these allegations, they were uncorroborated. The DOD has come out, Secretary Esper on a prior segment just said that it was uncorroborated, the intelligence community did not have a consensus, and, as a result, the president's career CIA briefer decided not to brief him because it was unverified intelligence."

O'Brien praised the CIA briefer's decision not to brief Trump based on the facts and evidence surrounding the case.

"Sadly, because of the leak it may now become an impossible effort to get to the bottom of this, to get to the truth of the matter, and it's one of the very sad things," he explained. "We were working very hard on this matter and it may be impossible to get to the bottom of it because someone decided to leak to hurt the president rather than uphold their obligations to the American people they took when they became an intelligence officer or government employee."

According to O'Brien, the intelligence community meets with the president multiple times a week and provides him with updates on national security. If something breaking happens, O'Brien is in touch with Trump, whether that's at 5 a.m. or midnight.

Maybe the New York Times should consider waiting for things that are confirmed by more than one anonymous source. Did they learn nothing from the Mueller investigation?