Biden Senior Advisor: We Know Everyone Wants a Black Female VP But... 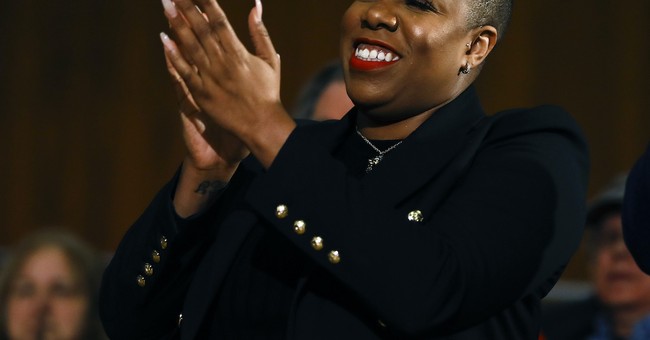 Former Vice President Joe Biden has said he would love to have an African American or a woman as a running mate. But what about the possibility of both in one candidate? According to Biden Campaign Senior Advisor Symone Sanders, many people have suggested the former vice president choose a running mate who is an African American woman. Biden's team has heard the calls as people take to the streets to protest the unjust death of George Floyd, but Sanders said the campaign is unable to commit to someone at this time.

"He absolutely is. He hears the concerns of folks across this country who have asked for an African American woman vice president running mate, but also folks from the Latino community have said he should pick a Latina. There are folks that believe he should pick someone that represents the LGBTQ+ community," she explained on "The View" on Wednesday.

“Your points are well taken, and I will have to tell you that if you were to ask Joe Biden today, he would say he doesn't know who he's going to pick, but he can promise you that the person he will pick will be ready to govern on day one, will mirror the relationship he and President Obama had, and it could be a black woman but we just don't know yet," Sanders said. "We'll have to wait and see."

If the Biden campaign is committed to picking an African American woman that would theoretically dwindle the field down to failed Georgia gubernatorial candidate Stacey Abrams and California Senator Kamala Harris. Both of them come with their own unique set of baggage but hey, they can check off the boxes all in the name of "diversity."