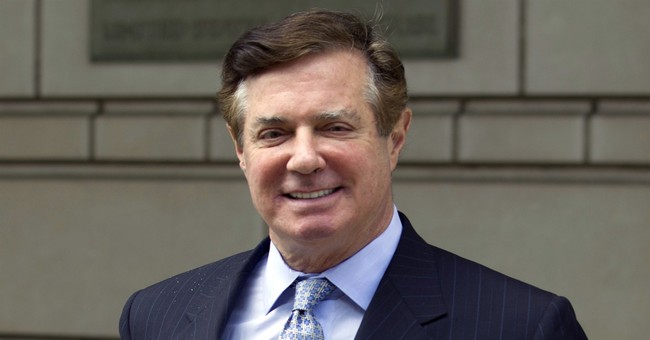 Hundreds of pages of documents relating to Special Counsel Robert Mueller's Russia probe were made public on Saturday after BuzzFeed News and CNN filed lawsuits to obtain the information. An Obama-appointed judge ruled the Department of Justice needed to release the documents.

The documents reveal that Paul Manafort, Trump's former campaign chairman, wanted to push the narrative that Ukraine, not Russia, was behind the Democratic National Committee's (DNC) hacked email server. The narrative was revealed in a note about Mueller's interview with the campaign's former deputy director, Rick Gates.

Although a federal grand jury indicted 12 Russia intelligence officials for allegedly hacking the DNC, the Democratic Congressional Campaign Committee (DCCC) and Hillary Clinton's campaign servers, Manafort believed Ukraine was behind the hackings. The Trump campaign, however, wanted to capitalize on what the emails revealed and even discussed how to get ahold of the material themselves, Fox News reported.

According to an April 2018 interview, Gates explained the campaign learned that WikiLeaks had 20,000 emails from the hacked DNC server. He said Manafort contradicted the intelligence community's findings and believed the hack was “likely carried [out] by the Ukrainians, not the Russians." Gates claimed Manafort continually pushed his business partner, Konstantin Kilimnik's, position that Russian operatives located in Ukraine carried out the hack. Kilimnik was eventually one of the 12 Russian intelligence officials charged during Mueller's probe.

In an October 2018 interview, Gates said Manafort "periodically" instructed him to check in to see when WikiLeaks would publish the documents. The two campaign leaders worked together on a "message strategy" in preparation for when the documents were released, the Daily Caller reported. The campaign was "happy" about the document dump because it was a way to deflect from Trump's previous comments about Sen. Ted Cruz's (R-TX) father being behind President John F. Kennedy's assassination.

Gates recounted being in the room when Trump talked with someone on the phone about WikiLeaks dumping additional documents, which appears to be the same call Roger Stone referred to. Stone has been adamant that he did not have inside information about WikiLeaks' plans to release another batch of Clinton's emails.

Stone is set to face trial later this month for making false statements to Congress over his contacts with WikiLeaks.

Gates pleaded guilty to conspiracy and false statement charges in February of 2018.

Manafort is currently serving a 47 month prison sentence for bank and tax fraud. During Mueller’s investigation, it was discovered that Manafort failed to report $16.5 million in income for political consulting work on behalf of Ukraine. Investigators also learned he dodged taxes on that income and failed to report foreign lobbying. Those crimes were not connected to the Trump campaign.

Editor’s Note: this post has been updated with additional information.