Trump Authorizes Withdrawal of U.S. Troops In Syria As Tensions With Turkey Rise 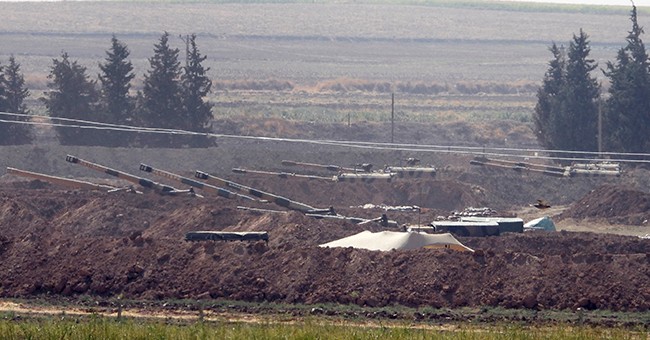 The United States is beginning a "deliberate withdrawal" of American troops from northern Syria as the Turkish army continues its attack on the American-backed Syrian Democratic Forces (SDF), the Washington Times reported.

“I’ve talked to President Trump and he is concerned. Last night he directed that we begin a deliberate withdrawal of U.S. forces from the northern part of Syria. We want to make sure we do so in a very safe, deliberate manner,” Defense Secretary Mark Esper said during an interview on “Fox News Sunday."

According to MSN, Turkey knew United States Special Forces were in the area when they launched an attack along the Turkey-Syria border last week. American military officials are now wondering whether Turkey purposely targeted U.S. troops with the goal of pushing them further into Syria. Doing so would allow Turkey to overtake more land than what they original laid out in their current mission.

When Turkey launched their attack along the border, some shell casings launched on both sides of a United States military outpost, MSN reported. Turkey, however, has claimed that they fired on the outpost in "self-defense."

President Trump took to Twitter on Sunday to reiterate his position: that American troops should not get caught in the middle of a fight between the Turks and the SFD.

Very smart not to be involved in the intense fighting along the Turkish Border, for a change. Those that mistakenly got us into the Middle East Wars are still pushing to fight. They have no idea what a bad decision they have made. Why are they not asking for a Declaration of War?

Do you remember two years ago when Iraq was going to fight the Kurds in a different part of Syria. Many people wanted us to fight with the Kurds against Iraq, who we just fought for. I said no, and the Kurds left the fight, twice. Now the same thing is happening with Turkey......

.....The Kurds and Turkey have been fighting for many years. Turkey considers the PKK the worst terrorists of all. Others may want to come in and fight for one side or the other. Let them! We are monitoring the situation closely. Endless Wars!

He also said Congress is looking at placing sanctions on Turkey, something he initially mentioned last week.

Dealing with @LindseyGrahamSC and many members of Congress, including Democrats, about imposing powerful Sanctions on Turkey. Treasury is ready to go, additional legislation may be sought. There is great consensus on this. Turkey has asked that it not be done. Stay tuned!