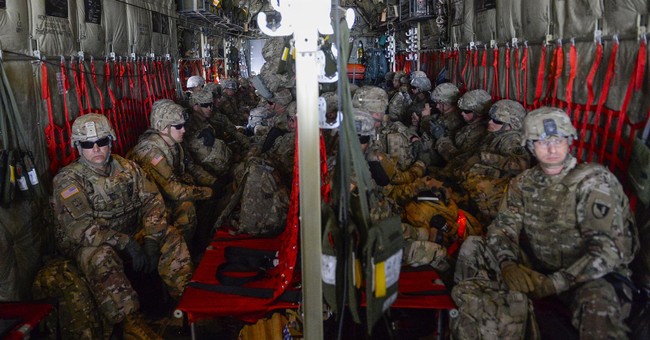 An additional 1,000 troops are scheduled to head to the Middle East as tensions between the United States and Iran continue to grow. The decision comes after Iran's attack against a Japanese oil tanker in the Gulf of Oman and the attempted shooting of an American-owned drone that was surveilling the damage last week. The State Department on Monday released photographic evidence proving Iran was responsible for the attack.

Acting Secretary of Defense Patrick Shanahan released the following statement about the decision:

In response to a request from the U.S. Central Command (CENTCOM) for additional forces, and with the advice of the Chairman of the Joint Chiefs of Staff and in consultation with the White House, I have authorized approximately 1,000 additional troops for defensive purposes to address air, naval, and ground-based threats in the Middle East.

The recent Iranian attacks validate the reliable, credible intelligence we have received on hostile behavior by Iranian forces and their proxy groups that threaten United States personnel and interests across the region.

The United States does not seek conflict with Iran. The action today is being taken to ensure the safety and welfare of our military personnel working throughout the region and to protect our national interests.  We will continue to monitor the situation diligently and make adjustments to force levels as necessary given intelligence reporting and credible threats.

Secretary of State Mike Pompeo on "Fox News Sunday" said the Trump administration was considering all options for dealing with Iran, including military intervention, the New York Post reported.

“The intelligence community has lots of data, lots of evidence – the world will come to see much of it,” Pompeo said. “The American people should rest assured we have high confidence with respect to who conducted these attacks, as well as half a dozen other attacks throughout the world over the past 40 days.”

The United States believes Iran was responsible for attacks on on four commercial vessels off the coast of the United Arab Emirates last month, ABC News reported.