Federal Court Judge Rules In Challenge to Bump Stock Ban. Here's What You Need to Know. 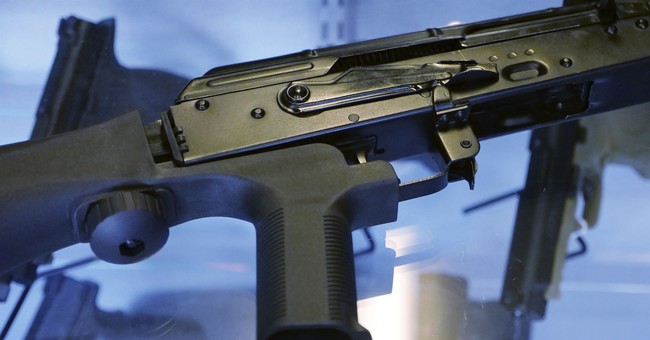 Back in December, the Department of Alcohol, Tobacco, Firearms and Explosives (ATF) finalized a new regulation that changed definition of “machinegun” to include “bump-stock-type devices." Beginning March 26, owning or possessing a bump stock will be illegal.

According to court documents, the plaintiffs had varying arguments for a preliminary injunction:

To prevent the rule from taking effect, the plaintiffs—Damien Guedes, the Firearms Policy Coalition, David Codrea, and their co-plaintiffs—filed three motions for a preliminary injunction in which they raised overlapping statutory and constitutional challenges. All of the plaintiffs contend that ATF violated the Administrative Procedure Act (APA) when it promulgated the rule. Guedes also argues that ATF violated certain procedural requirements in 18 U.S.C. § 926(b), which grants the agency rulemaking authority. Codrea further argues that the rule violates the Takings Clause of the Fifth Amendment. And all of the plaintiffs contend that then–Acting Attorney General Matthew Whitaker lacked authority to promulgate the rule under either the Appointments Clause of the Constitution or 28 U.S.C. § 508 (the AG Act), a succession statute specific to the Office of the Attorney General. Because none of the plaintiffs’ arguments support preliminary injunctive relief, the Court will deny all three motions.

This is part of the judge's reason for denying the injunction (emphasis mine):

The Court also rejects the plaintiffs’ procedural challenges. ATF adequately responded to the objections raised by the plaintiffs during the comment period, and ATF was not required to disclose evidence on which it did not rely when it promulgated the rule. Nor did ATF violate § 926(b) by refusing to hold an oral hearing. Finally, any error ATF may have committed by failing to extend the comment period by five days because of technical glitches was harmless.

The Firearms Policy Coalition said they're not surprised by the court's decision but they're still disappointed.

"It is important to note that today’s order is not a final ruling on any claim, and is merely a trial court’s denial of a temporary injunction. And while we had hoped for a quick and positive outcome at the trial court level, we have been and remain committed to litigating these issues as much as it takes to completely resolve the cases and protect Americans from a rogue and growing executive branch, including by petitioning the United States Supreme Court if necessary," the group said in a statement.

The group has already filed an appeal in the District of Columbia Circuit. They're hoping to expedite the appeal before the March 26th regulation deadline.

"Our outstanding counsel have and will continue to make every effort to protect American gun owners and their private property from the Administration’s dangerous, retroactive, and confiscatory ban than will turn thousands of good people into felons and deprive people of their lawfully acquired private property," FPC said in a statement.