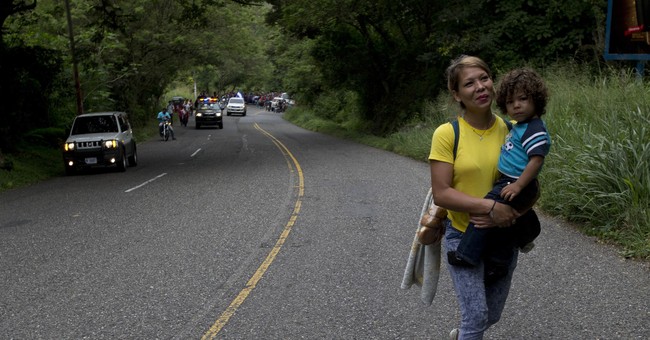 We're currently in the midst of the longest running government shutdown in American history. The reason for the shutdown is simple: Republicans and Democrats see the issue of illegal immigration and border security very differently. President Donald Trump wants more than $5 billion to build a wall along the southern border while Democrats oppose the move.

But now, it appears that the shutdown is going to have a negative impact on the immigration system, and specifically, immigration court.

According to Bloomberg, the lack of funding is forcing immigration courts to pull those who are not detained off the court calendars. Those individuals will be rescheduled once the shutdown comes to an end. The other problem though? Judges' calendars are booked out for the next three or more years. Rescheduling those individuals will be even more of a challenge because of it.

Based on data from TRAC, there were714,067 immigration cases pending in May 2018. If those numbers are any indication of where things currently stand, the backlog could be even worse than anticipated.

Judge Dana Leigh Marks, former president of the National Association of Immigration Judges, says part of the issue is the focus on border security and not the courts.

"While there has been a big focus on immigration enforcement, there has not been sufficient focus to the immigration court system. We're housed in the Department of Justice, and, frankly, the Department of Justice has not advocated either as forcefully or skillfully for us," Marks told PBS' Amna Nawaz. "As the Department of Homeland Security's enforcement resources has grown, what's happened for the courts is that we have fallen behind and not received proportional increases that we would need to stay current with the cases that come into our system."

According to Marks, her current caseload in San Francisco sits around 4,000.