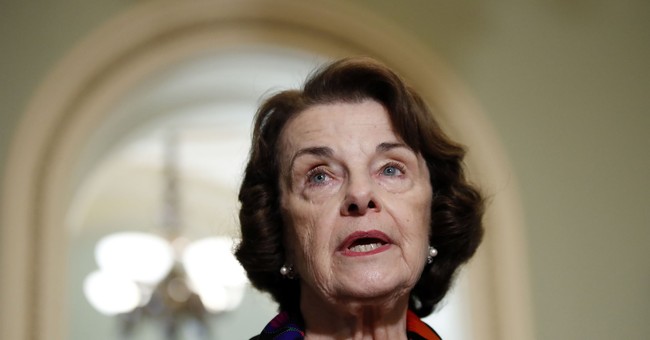 On the same day the new Congress was sworn in, Sen. Dianne Feinstein (D-CA) made it known who she wants to see as the Democratic nominee – and eventually the president – come 2020.

“My candidate would be Joe Biden,” the California Democrat said Thursday, the Washington Examiner reported.

It's an interesting time for her to make an endorsement, especially because the Democratic field is expected to be packed and many are just beginning to put out feelers, but she seems confident in her pick.

"Joe was chairman of the Judiciary [Committee] when he came to this place. I’ve watched him as vice president, I’ve seen him operate, I’ve seen him perform,” Feinstein told POLITICO. “He brings a level of experience and seniority which I think is really important.”

According to the Los Angeles Times, Feinstein's long-standing personal relationship with Biden played a role in who she wants to see in the White House.

“I was asked who I favor, and right now it’s Joe Biden,” she said.

Although she prefers Biden, she also tipped her hat to her colleague, Sen. Kamala Harris, also from California.

“I’m a big fan of Sen. Harris, and I work with her. But she’s brand-new here, so it takes a little bit of time to get to know somebody," Feinstein said.

Other potential contenders include Sens. Kamala Harris (D-CA), Cory Booker (D-NJ), Elizabeth Warren (D-MA) and Amy Klobuchar (D-MN). The only one of the pack polling more than five percent was Warren.