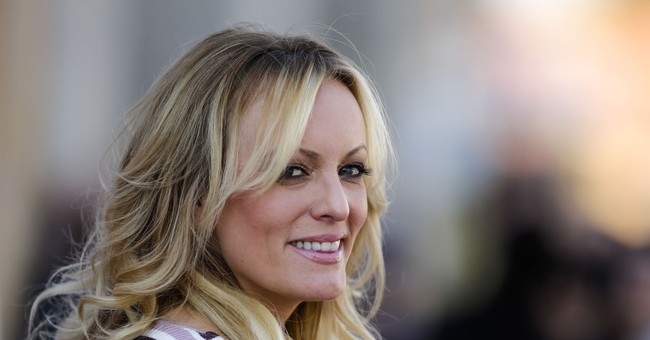 In a really strange turn of events, it has been discovered that bombing suspect Cesar Sayoc worked at Ultra Gentleman's Club in West Palm Beach, FL, the same strip club that Stormy Daniels performed at back in April, WPTV reported.

Sayoc worked as a DJ at the club on Thursday afternoon and was arrested on Friday.

According to the club's manager, Stacey Saccal, Sayoc had worked as a DJ for the past two months. She had received no complaints about him from other staff members and he seemed like a "nice guy."

"I never knew that his van was covered in political stickers. I thought it was an ice cream truck," Saccal told WPTV, noting that he parked far from the club.

Saccal also said her employees had no idea that Sayoc was political. He never talked about politics at work and no one noticed the stickers on his van because of how far away he parked when he had a shift.

Fellow DJ Scott Migs said Sayoc brought two duffle bags and a cooler to work with him on Thursday night. He stashed them behind the DJ booth. Migs said he's unsure if any weapons were in the duffle bags.

According to Saccal, employees were shocked when they learned about Sayoc's actions. Everyone felt he was a nice guy and they all thought they knew him.

Stormy Daniels performed at the same strip club back in April, which just so happened to coincide with President Donald Trump's visit. Interestingly enough, this strip club sits across the street from Trump's golf course.

Editor's note: A previous version of this post included a sentence that hinted at a baseless conspiracy, falling short of our standards. It has been deleted. We apologize for the error.