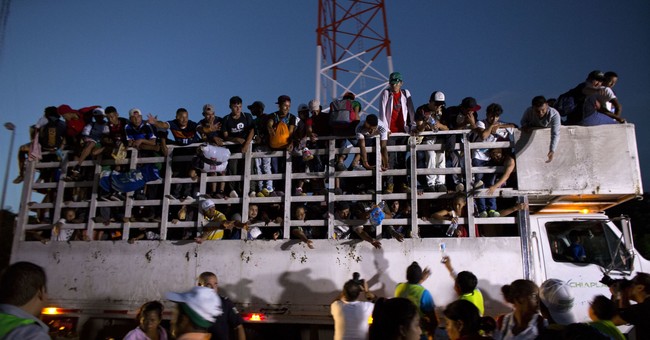 Mexico has decided to step in to help alleviate tensions at the United States-Mexico border. Mexico has agreed to give temporary papers and jobs to those who file for asylum in the country, Reuters reported.

The move was made after President Donald Trump threatened to close America's southern border and send troops to keep Central American caravan riders from entering the United States.

Mexican President Enrique Pena Nieto said immigrants can file for asylum in the southern part of Mexico as part of the Estas en Tu Casa plan (translated to "This is Your Home"). Registering for asylum is the first stepping in getting adults jobs and kids placed in school.

"Today, Mexico extends you its hand," Nieto said “This plan is only for those who comply with Mexican laws, and it’s a first step towards a permanent solution for those who are granted refugee status in Mexico."

In order to qualify for asylum, an immigrant must be in the southern states of Chiapas and Oaxaca. Those who fail to qualify for refugee status can be deported from Mexico.

The number of caravan riders who have or will file for asylum vary depending on the source. According to the Mexican government, 1,700 riders have registered. The Honduran ambassador to Mexico, however, estimated the number on the caravan to be around 3,500

Over the last few weeks, caravans from various parts of Central America have made their way north to the United States' southern border. President Donald Trump has vowed to do whatever it takes to keep the caravan's illegal aliens from entering the U.S. He's even gone as far as to deploy the military to protect the border.