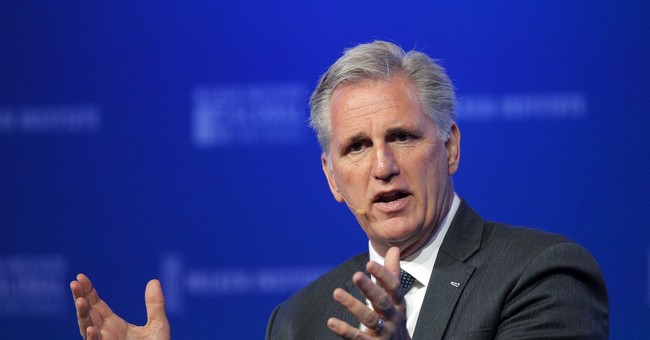 During an interview on WZFG, a radio station in North Dakota, McCarthy talked about the caravan and how the timing of could definitely be connected to the midterm elections that are less than two weeks away.

When asked if the caravan was used to impact November's election results, here's what he said:

"I'm not sure, but it could be 'cause one thing, you can't put a caravan like this together without resources and others. And there's questions about the timing, but why is it being encouraged and what is happening here? It also goes to core of what we need to have. We have to have a secure border. And our immigration laws need to be fixed," McCarthy explained.

The Congressman also noted his concern with gang members on the caravan, which we know are taking part in this movement.

"How many of them are gang members, because we find that so many time again, MS-13," he said.

McCarthy's theory is one that many average, everyday Americans believe to be true. It's rather coincidental that this caravan is traveling with thousands and thousands of people from Central America to the United States two weeks before our midterm elections.

While the Democrats are hoping to use this caravan to make an emotional appeal to their voters who are otherwise apathetic, they're doing nothing but igniting the right. Remember, Trump's tough stance on illegal immigration is one of the top reasons he won in 2016. People were tired of illegal aliens being put before Americans.

Watch this unfold. The red tide is coming and it's going to come in strong.