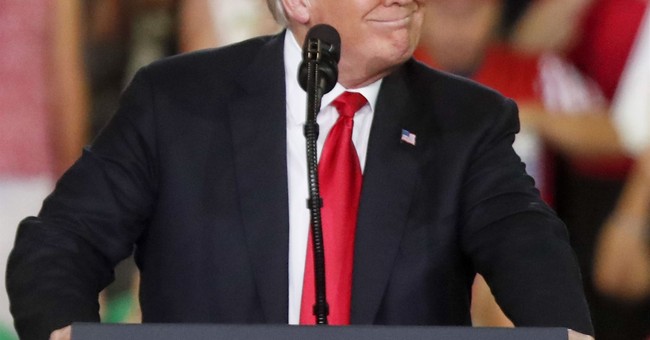 Although the Supreme Court has been the apple of everyone's eye lately, it's easy to forget about the federal court of appeals. President Donald Trump, in fact, has set a new record with 29 confirmed picks, The Washington Times reported.

This accomplishment is big for conservatives, especially as Senate Democrats try to limit Trump's sphere of influence on the courts.

“For the most part, they have prioritized appeals court nominees, and that is the right strategy,” Curt Levey, president of the conservative Committee for Justice, told The Times.

The appeals courts are, arguably, the most important court level. They serve as a middle ground between district courts at the Supreme Court. And, because the number of cases the Supreme Court in a year is limited, many of the most vital decisions are made in the 13 circuit court of appeals.

Although Trump is willing on the appellate level, the number of district judges he has been able to confirm is slim. He currently sits at 53 confirmed district judges, compared to Bill Clinton's 107 and JFK's 107 at this time during their presidency.

The only other president to come to close to having a similar record at this point in their presidency is George H.W. Bush who had 22 confirmed picks at this time in 1990.

Much of Trump's success in this area has to do with Republican leadership in the Senate. Majority Leader Mitch McConnell kept President Obama from filling former Justice Antonin Scalia's vacancy.

Just last week, Trump had 15 judges – 12 district judges and 3 appellate judges – confirmed. It was part of a deal struck between McConnell and Minority Leader Chuck Schumer. The two agreed that the judges would be confirmed and the Senate could go on recess for the next three weeks, up until the election. This was to keep Democrats from stonewalling Trump's picks and utilizing the maximum amount of debate time per nominee, which would equate to the three weeks they're taking off.

McConnell has worked closely with Senate Judiciary Committee Chairman Chuck Grassley. Once a nominee is cleared by the Committee, McConnell processes them.

"Conservative advocates say fulfilling the lower court judgeships, in combination with Justice Kavanaugh’s confirmation, will energize the president’s supporters ahead of the elections," The Times reported.

The Judiciary Committee plans to hold hearings on Wednesday for one appellate judgeship and five district court nominations. This is the first time the Committee has scheduled hearings while the Senate is on recess.