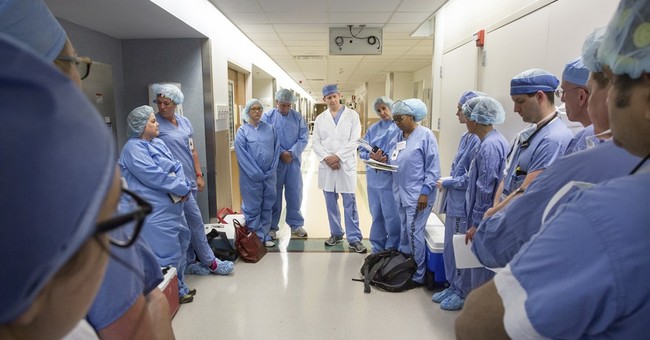 A district court halted the amendment of the Illinois Healthcare Right of Conscience Act Wednesday that would force doctors to participate in promoting abortions, no matter their religion or beliefs.

“The government is out of line when it attempts to force Americans to communicate a message that is contrary to their most deeply held beliefs," said Elissa Graves, Alliance Defending Freedom Legal Counsel.

ADF attorneys say the law violates the Constitution, as it disregards physicians’ religious convictions. The amendment was challenged by a lawsuit issued by the ADF and attorneys, who represent pregnancy care centers and network, as well as a doctor.

“It is clear that the amended act targets the free speech rights of people who have a specific viewpoint,” U.S. District Court for the Northern District of Illinois stated.

The order also states, “plaintiffs have demonstrated a better than negligible chance of succeeding in showing that the amended act discriminates based on their viewpoint by compelling them to tell their patients that abortion is a legal treatment option, which has benefits, and, at a minimum and upon request, to give their patients the identifying information of providers who will perform an abortion."

SB 1564 requires that doctors, as well as medical and pregnancy facilities to offer women a list of abortion information and resources if they ask for it.

Thomas A. Glessner, President of National Institute of Family and Life Advocates, said, “We applaud this ruling that stops the state of Illinois from forcing pro-life pregnancy medical clinics to become abortion referral agencies.”

The order ruling against the amendment also allows women to choose a pro-life doctor without being obligated to discuss abortion.

Graves continued, "...the state shouldn’t be robbing women of the freedom to choose a pro-life doctor by mandating that pro-life physicians and entities make or arrange abortion referrals. The court was right to halt enforcement of this law while our lawsuit proceeds.”