Compared to Their Homeland, Chinese Missionaries Say Northern Iraq is Safe and Normal 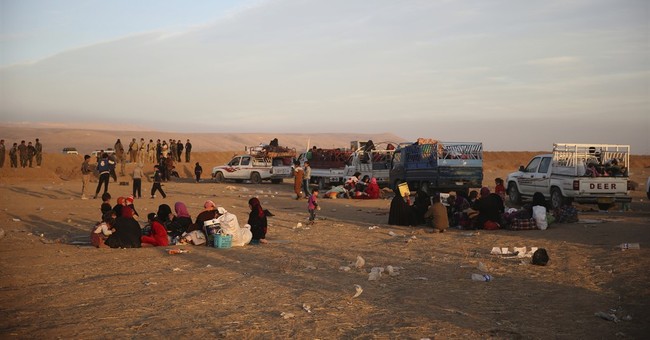 For two young Chinese missionaries, northern Iraq feels safer than their native China, where Christians have to fight for their faith and churches are often underground.

“Life could be described as normal here,” Michael said of conflict-ridden Iraq, where he and his wife Christy may spend the rest of their lives for their faith.

Last month, members of ISIS killed two other young Chinese missionaries, Lee Zing Yang and Meng Li Si in Quetta, Pakistan, but this does not deter Michael and Christy, 25 and 23 respectively, from living and ministering to refugees near Mosul. In an interview with the couple, The South China Morning Post did not reveal their full identities for security reasons.

“Preaching gospel in a Muslim country is illegal,” Michael said. “If you convert a son, you are literally asking his father to kill him.”

Michael said that the sad death reminds missionaries to integrate into Iraqi culture, and not be seen as imposing on others. Michael said they do not explicitly teach the Gospel to the refugees, but show God’s love through actions, “plant(ing) a seed in their hearts.” He and Christy occasionally teach English lessons to children, but also try to learn the Yazidis' Kurdish dialect. Christy helps the widows to support themselves, sewing clothes to sell.

The couple live at a site 60 kilometers from recently-recaptured ISIS land, where Yazidis have taken refuge from IS. The couple volunteer, helping the refugees, a religious minority targeted and persecuted by the Islamic State, who captured or killed close to 10,000 in 2014.

While most people think of northern Iraq as a highly dangerous war-torn region, Christy and Michael communicated a peace and confidence about their life, saying that living there is the right thing to do, and “not a big deal.”

“The situation here is not that bad. Sacrifice should not be taken for granted. It is a gift from God, so if he is giving you this gift, he will also give you the strength to handle it,” Michael said.

The Morning Post quoted an American missionary: “They are not trying to set up Chinatowns in Baghdad; it’s about them trying to become Iraqis,” referring to Chinese missionaries.

The Chinese media and officials said that South Korea coerced the murdered missionaries to travel to Pakistan, and condemned them as "illegal preachers," according to the Morning Post.

In spite of China's efforts to quell Christianity, Christy says that "What we do is not rare among mainland Chinese Christians. There are many other out there who love Christ relentlessly and dedicate their lives to God's kingdom."