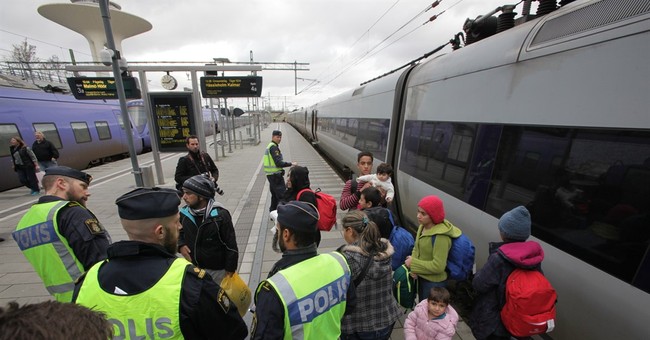 Authorities in Sweden have admitted they did not tell teenage girls attending a music festival that it had been the scene of numerous sexual assaults the year before. A total of 19 girls were sexually assaulted by Afghan immigrants at the 2015 ‘We Are Stockholm’ festival despite police being aware of seventeen similar incidents in 2014.

Both years girls were raped by Muslim immigrants but the incidents only became public after news of the widespread attacks on New Year’s Eve in Germany. There is no indication that Swedish Police would have warned girls planning to attend later this year of the dangers posed to them at the event.

It has emerged that 63 percent of the victims were under the age 15, and all but three of the reported sexual assaults and rapes involved girls under 18. The victims claim the majority of the perpetrators are young Afghan men, who have taken advantage of Sweden’s generous treatment of refugees.

One victim, 17-year-old Molly, told Expressen: “When we first arrived there were two guys who pulled me and my friend and began rubbing up against us from behind and then pulled their hands along our bodies”.

Molly said her group got away from the men that night, but the following day the problem began again. She said: “The second night we were there it was literally chaos. You only had to move a few feet to get grabbed.

“They pushed you in, and then one hand came out of nowhere and grabbed your breasts, or for some of my friends who wore dresses, between the legs. My eyes met with one girl who had a man close behind her, she looked as if she was in a state of panic.”

She said the worst part of the incidents was that the attackers knew how unhappy the girls were but continued to grope them. Their casual disregard for women and children’s rights are feared to be cultural imports that Europe will have to accommodate as more Muslims move in.

The police appeared indifferent to the situation, Molly said: “The only group we did not have contact with were the police, they did nothing despite seeing several young girls come crying out crowd. They seemed more interested in checking in people's bags for alcohol.”

Roger Ticoalu, from the City of Stockholm event department, said they had received reports in 2014 about large groups of young men groping girls en masse. He claimed the organizers had put on extra security to combat the problem, but the measures had proved ineffective.

He told the MailOnline: “We've always had individual cases' of sexual assault. But here we have a larger group doing it almost in an organized way. It's a completely new level of obscenity.

“You have a large group of boys surrounding the girls... They pretend to dance. They come closer and closer. Then they start touching their breasts and genitals. In some cases in combination with theft.”

Mr Ticoalu said there were around 200 suspects from the 2015 event, almost all of them had temporary ID’s issued to asylum seekers. He claimed not to know whether any of them had been arrested.

Around one million Muslim immigrants have arrived in Europe since the beginning of last year, sparking allegations that the exodus is little more than an invasion. The ‘We Are Stockholm’ festival is held every summer, exclusively for 13 to 19 year olds.