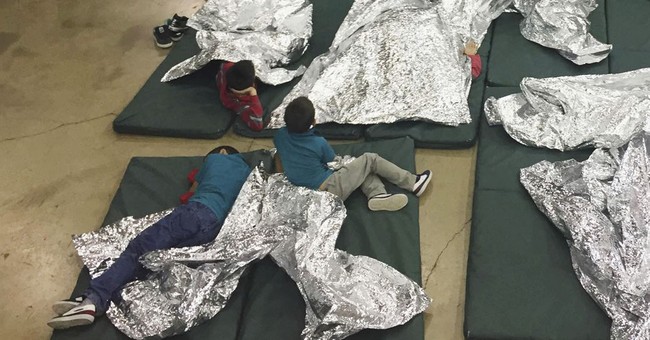 During a panel discussion Wednesday, Jessica Vaughan, Director of Policy Studies at the Center for Immigration Studies said DNA testing is the best way to ensure adults bringing children across the border illegally are in fact their parents.

"We’ve seen that there is a fair number of cases within this small group of people that have already been tested turned out not to be the parent of the child. This is especially important in dealing with the youngest children who are in this group who can’t speak for themselves,” Vaughan told viewers.

In May, The US Department of Health and Human Services (HHS) issued a statement that encouraged immigrants who want to cross the border to do so within the boundaries of the law so as to avoid prosecution.

“As is the case in criminal proceedings — regardless of the immigration status of the criminal offender — the individual being prosecuted will be transferred to federal criminal custody for breaking United States law,” the statement reads.

“If parents do not wish to be separated from their children, they should not violate the laws of the United States or endanger minors through criminal smuggling.”

However, some critics argue that once DNA information has been collected, officials could use it to pursue illegal immigrants on a criminal basis.

“We would say that DNA testing is intrusive and it shouldn’t be done,” said American Civil Liberties Union lawyer Lee Gelernt.

“If it is going to be done in every case… the only thing we would ask is that it only be used for reunification and then expunged, because I don’t know that we want to create a DNA database of all these people.”

In a statement issued Thursday, the HHS said that so far, 57 immigrant children have been reunited with their families.

However, 46 of the initial group of 103 children “were acknowledged by the court to be ineligible for reunification.”

According to the statement, “22 children have been found ineligible due to safety concerns posed by the adults in question: 11 adults have a serious criminal history (charges of convictions for child cruelty, kidnapping, murder, human smuggling, domestic violence, etc.).”

Other reasons for not reuniting a child with the adult in question include a false birth certificate, alleged abuse of the child, and the fact that 7 of the adults “were determined not to be a parent.”

“Throughout the reunification process our goal has been the well-being of the children and returning them to a safe environment,” the statement reads.

“Our agencies careful vetting procedures helped prevent the reunification of children with an alleged murderer, an adult convicted of child cruelty, and adults determined not to be the parent of the child. The Trump administration does not approach this mission lightly, and we intend to continue our good faith efforts to reunite families.”