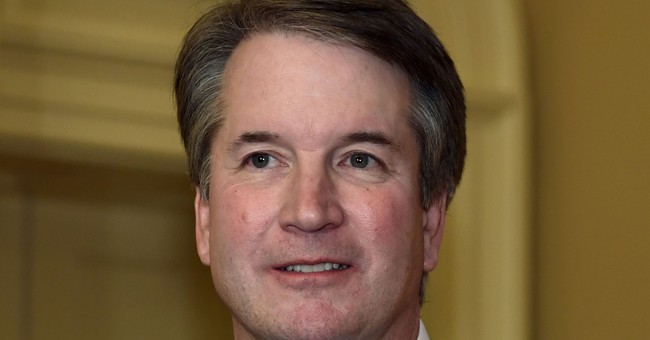 In a statement issued Monday, Senator Ted Cruz (R-TX) said he is confident that SCOTUS nominee Brett Kavanaugh is the best choice to fill the vacant seat left by Justice Anthony Kennedy.

“By any measure, Judge Kavanaugh is one of the most respected federal judges in the country and I look forward to supporting his nomination to the Supreme Court of the United States,” Cruz said.

“For over a decade, Judge Kavanaugh has served on the U.S. Court of Appeals for the D.C. Circuit, often referred to as the second highest court in the land. He has over 300 published opinions, with a strong record of defending the Second Amendment, safeguarding the separation of powers, reining in the unchecked power of federal agencies, and preserving our precious religious liberties.”

However, Cruz also said that Senate Democrats will try to “demagogue this nomination, but their efforts will not be successful.”

“We will not back down,” Cornyn said. “We will not surrender the field to those who make unjustified criticisms of the nominee or attribute to him some characteristic or some experience which is entirely false. We will defend the record of Judge Kavanaugh, who I believe is a thoughtful and willing public servant, against deliberate attacks to denigrate him. We will not allow others to distort the nature of his previous judicial decisions or use him as a sacrificial lamb in some sort of vengeance campaign against this president.”

In contrast, Senator Tim Kaine (D-VA) tweeted that he was skeptical of Kavanaugh’s willingness to protect the rights of Americans.

“Here’s what I’m wondering about the #SCOTUSpick: Will Judge Kavanaugh respect rulings to uphold the ACA? Will he safeguard ALL Americans’ civil rights? Will he protect women’s freedom to make their own reproductive health care decisions? Will he be independent of this President?”

In a statement issued Monday, House Minority Leader Nancy Pelosi called for the Senate to subject Kavanaugh to “rigorous scrutiny before holding a vote on sending him to the highest court in the land.”

Pelosi also said that President Trump’s nomination “is a clear and disrespectful assault on the fundamental rights of women and on the quality, affordable health care of the American people.”

“Once again, the President is using his nomination as a destructive tool on a generation of progress for workers, women, LGBTQ Americans, communities of color and families, and to radically reverse the course of American justice and democracy,” she added.

Although some conservatives have questioned the president’s choice, Leonard Leo, who is a judicial selection advisor to President Trump said that Kavanaugh “is among the most distinguished and respected judges in the country, with nearly 300 opinions that clearly demonstrate fairness and a commitment to interpreting the Constitution as it’s written, and enforcing the limits on government power contained in the Constitution.”

In a statement released Monday, Speaker of the House Paul Ryan (R-WI) also agreed with the president’s choice and referred to Kavanaugh’s commitment to the Constitution.

“Judge Kavanaugh will bring extensive experience to the Supreme Court; his long career exemplifies public service and, in particular, dedication to religious liberty. He has shown that Constitutional principles are the ultimate guide for his opinions. I look forward to Judge Kavanaugh’s swift confirmation in the Senate. This is an excellent choice.”