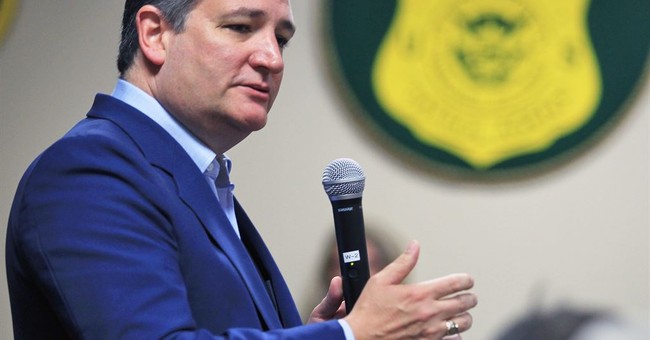 According to new polling numbers released Monday, Republican Senator Ted Cruz is polling at 41 percent, giving him a five point lead over his Democrat challenger Beto O’Rourke in the race for a seat in the U.S. Senate.

The poll, conducted by the University of Texas and the Texas Tribune surveyed 1,200 registered voters and found that O’Rourke’s supporters make up 36 percent while Libertarian Neal Dikeman has support from 2 percent.

Daron Shaw, government professor at the University of Texas at Austin credited Abbott’s lead to a growing economy and the fact that so far, his administration has not experienced any major issues that would cause voters to rethink their choice.

“Abbott is a governor at a time when the economy is still chugging along, there’s been no major scandals or real controversies surrounding his administration, and there’s no real hot-button issue that would divide support for him. He ends up being kind of a top-end Republican candidate right now. There’s no real negatives for him,” Shaw said.

However, some Democratic leaders say a “blue wave” is still on the horizon for the approaching midterm elections.

U.S. Rep. Marc Veasey of the 33rd District of Texas said “For the first time in a decade, there is more momentum and enthusiasm in Texas moving us forward.”

“Texans are fed up. This November, we are turning out in record numbers. We are going to take our anger, our heartache and our faith in the American dream all the way to the ballot box.”

Houston Mayor Sylvester Turner said he does not want to turn the state blue, he only wants Texas Democrats to “be who we are.”

“A rising tide will lift us up,” Turner commented, “We already are blue. We just have to vote blue and we win.”

After meeting with voters in all 254 counties, O’Rourke said Sunday that he believes the way to win a campaign is by connecting with voters on a more personal level, rather than relying on big donors to do the work.

“That human-human connection without PACS (political action committees), without corporations, without special interests — just people, the people of Texas — is the right way to run. I believe it’s the only way to win, and it sure feels like we’re winning right now.”

During the early days of his campaign, O’Rourke welcomed the support of funding from PACs, but now he sees the advantage in refusing their support.

“So many of my colleagues spend so much of every day in D.C. courting these special interests and opening the doors to them, and literally receiving written drafts of legislation. The average person just cannot compete against that.”

“What I think Texans have shown is that (rejecting PAC contributions) actually turns out to be a clear advantage, and something that so many of us have been wanting to see in campaigns for so long,” O’Rourke said.

On June 16 during the Texas Republican state convention in San Antonio, Cruz told attendees “The hard left is angry, they’re energized. They hate the president and they’re coming for Texas.”

“This election is a battle for this country,” he said, adding “So, in November, the Democrats’ so-called blue wave needs to be, as Donald Trump likes to say, met with a big, beautiful, red, Republican wall.”