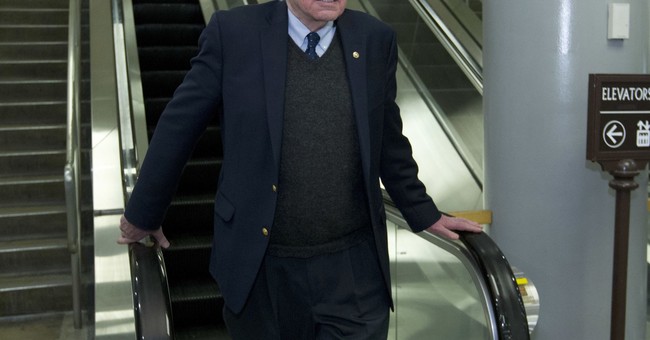 During an interview Monday, Senator Bernie Sanders (I-VT) said that Israel should be condemned for its response to Monday’s deadly riots in the Gaza Strip.

“Those are terrible actions. Instead of applauding Israel for its actions, Israel should be condemned. Israel has a right to security, but shooting unarmed protestors is not what it is about,” he said.

However, a member of the Israeli army reportedly said that many of the rioters were in fact armed.

“Rioters are hurling pipe bombs and firebombs at IDF troops, burning tires, throwing stones and burning objects with the intention of setting fires in Israel and hurting IDF troops,” the soldier said.

When asked how much he thinks President Trump is to blame for the violence on Monday after the opening of the US Embassy in Jerusalem, Sanders replied “It doesn’t matter what it is. Obviously Trump is playing a very counterproductive role in every sense.”

Palestinians in the Gaza Strip called the protest the “Great March of Return” and said they would be ready to combat the Israeli army that will “target peaceful demonstrators and spread its snipers on the eastern border of the Gaza Strip.”

Israel’s national security service, Shin Bet, claimed that Iran is footing the bill for the protests and aims to promote violent attacks against Israel while using the cover of a mass demonstration.

“From the information we have, it appears Hamas is encouraging and sending protestors to the border fence in order to carry out violent acts and damage security infrastructure,” the agency said.

“In addition it was found that Iran is providing funding to Hamas in order for it to carry out these violent activities along the Gaza Strip’s border fence.”

The IDF dropped leaflets into the Gaza Strip on Monday, encouraging residents not to become Hamas’s “puppets” and to avoid going near the border.

“Hamas is trying to hide its many failures by endangering your lives,” the leaflets read. “At the same time, Hamas is stealing your money and using it to dig tunnels at your expense.”

Despite backlash from critics, Israeli Prime Minister Benjamin Netanyahu encouraged other countries to follow the example of the US.

In his remarks to a crowd of 400 guests at the opening ceremony Monday, Jared Kushner said he believes that peace in the region is possible.

“While the challenges to peace are numerous, I have personally seen that the determination of the leaders in the region and throughout the world remains steadfast. They have seen too much pain, sorrow, and wasted opportunity, and they think it’s time to try something better.”

“When there is peace in this region, we will look back upon this day and remember that the journey to peace started with a strong America recognizing the truth,” he said.