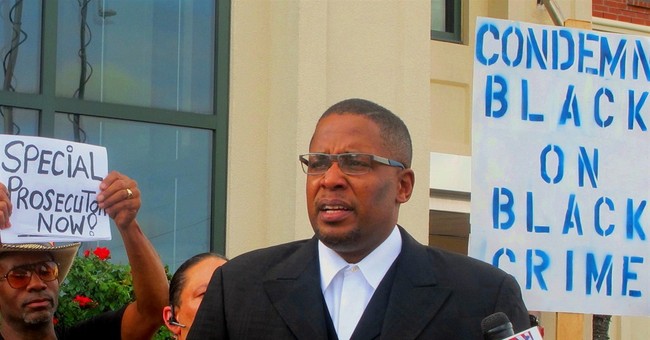 During a rally Saturday outside the White House in Washington D.C., Malik Shabbazz, president of Black Lawyers for Justice, called on President Trump to pay reparations to the black community.

Prior to his speech Saturday, Shabbazz led a group of black leaders to Capitol Hill on April 16 in an effort to lobby against a resolution introduced by Indiana Republican Todd Rokita that condemns Louis Farrakhan for promotion of anti-semitic “anger toward Jewish Americans and the Jewish religion.”

“There is no place in our civil discourse for this clear anti-semitism and hate for another group of human beings. I urge my House colleagues to join me in condemning Louis Farrahkan’s hateful and anti-semitic attacks, while also reaffirming our nation’s commitment to our Jewish neighbors and our greatest ally, the nation of Israel,” Rokita said.

Also in attendance at Saturday’s rally was John Cheeks, the head of the United States Citizens Recovery Initiative Alliance.

Shabbazz stated that if President Trump didn’t want to be around blacks, he should “hand over” portions of land.

“You don’t want to be around us – make a trade. Give me Georgia. Give me Alabama. Give me South Carolina.”

“Sometimes the only thing that this man understands is hand-to-hand combat and we cannot continue to sit back and play the coward role and pray for a better day, dammit,” Reed said.

Dr. Cornel West, professor of the Practice of Public Philosophy at Harvard University who was also in attendance, said it was important for him to spend time with leaders like Shabbazz and the New Black Panther Party because “we need to be able to come together across political, ideological and religious lines.”

“People ask me all the time, why is it that you spend time with the New Black Panther Party, with brother [chairman] Hashim [Nzinga]? Why do you spend time with brother Malik Shabbazz” I say, y’all don’t understand that when you’re a love warrior you love black folk in all the different forms and all the different embodiment. Why? Because I am who I am because somebody loved me, beginning with my mama and my father,” West said.