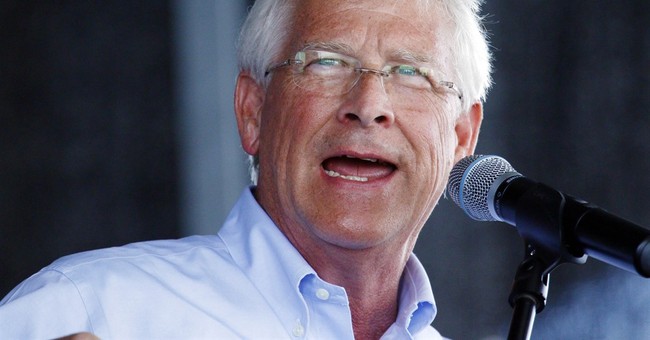 After receiving a letter written last week by Sen. Roger Wicker (R-MS) and 22 other Senators, the United States Navy has rejected an application submitted by a secular humanist to join the Chaplain Corps.

“The appointment of an atheist to an undeniably religious position is fundamentally incompatible with atheism’s secularism. This decision preserves the distinct religious role that our chaplains carry out.”

During an interview Tuesday with Tony Perkins, President of the Family Research Council, Wicker said according to military guidelines, a chaplain must be a religious professional in order to serve as a chaplain.

“We are one step toward a DOD where a secular humanist atheist can be a chaplain,” Wicker stated.

However, this is reportedly the second time Heap has applied for the position after being rejected in 2015 because he allegedly planned to affiliate with the Humanist Society and the American Humanist Association whose website states, “Humanism is a progressive philosophy of life that, without theism and other supernatural beliefs, affirms our ability and responsibility to lead ethical lives of personal fulfillment that aspire to the greater good of humanity.”

In a statement on his website Monday, Senator Wicker said the secular humanist worldview contradicts the purpose of the Chaplain Corps.

According to the United States Navy website, the requirements of a Navy Chaplain are that the individual must hold a bachelor’s degree, a graduate degree in theological studies from an accredited educational institution, and two years of full-time religious leadership experience.

Wicker stated that in no way does his request for the rejection of Heap’s application mean he wishes to curb the constitutional rights of military service members.

“My effort stems from the need to protect the Chaplain Corps from politically correct inclusions that would erode its very identity,” he said.

“The future of the Chaplain Corps and its integrity as a religious organization should not be put at risk by a shortsighted decision from the Navy regarding the application of an atheist chaplain. Our military chaplains, representing a variety of faiths, are a reminder that those who serve in our armed forces need not check their religious freedoms when they put on their uniform.”

Editor's Note: An earlier version of this article incorrectly attributed a quotation to Adm. Richardson. The quote appeared to come from a statement via Sen. Wicker's office.

Share this on Facebook
Tweet
'Sick Son of a Bitch' Beto O'Rourke Crashes Uvalde Press Conference
Spencer Brown
And This Is Why NBA Coaches Should Zip It When It Comes to Politics
Matt Vespa
One Policy That Seems to Work When It Comes to Protecting Our Schools
Matt Vespa
Texas Shooter Was Known to Police
Katie Pavlich
Millions From Biden's COVID Relief Bill Funded the Left's Agenda to Push for Racial and Gender Equality
Sarah Arnold
Stacey Abrams Said Voters Were Being Suppressed. Her Own Base Proved Her Wrong.
Spencer Brown
CARTOONS | AF Branco
View Cartoon
Most Popular