Actress Stacey Dash on Running for Congress: ‘I Wouldn’t Run If I Didn’t Think I Could Win’ 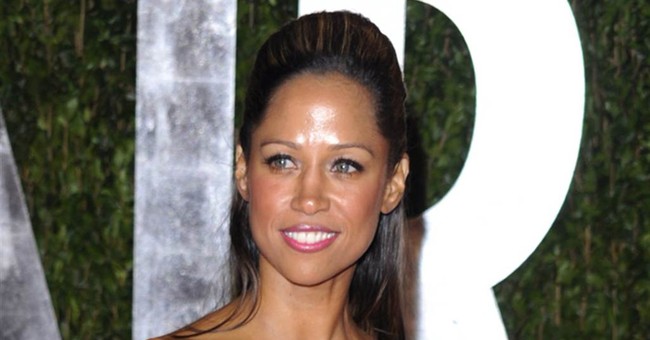 During an interview Thursday, actress turned Republican congressional candidate Stacey Dash said she would not run for congress if she thought she had no chance of winning.

“I wouldn’t run if I didn’t think I could win,” she said.

“I plan on breaking out of the box. I want to shake the tree, rock the boat. I want to free people from the shackles of a plantation mentality.”

Dash, who is best known for her role in the 1995 movie “Clueless,” filed paperwork with the Federal Election Commission on February 26th.

Running as a Republican in the 44th district of Los Angeles, an area that voted overwhelmingly for Hillary Clinton in the 2016 presidential election, may prove difficult. However, Dash said she wants to be a catalyst for change in her own community.

“I was a Fox News contributor for quite some time and I’m just done talking. I want to start doing,” she said.

After voting for Barack Obama in the 2008 presidential election, Dash publically endorsed Mitt Romney during the 2012 presidential campaign. Her endorsement garnered many racially charged comments from her followers on social media.

Following the backlash from fans and other critics, Dash told Piers Morgan in an interview “I believe in him,” adding, “I chose him not by the color of his skin, but the content of his character.”

Dash said she has become a political outcast in Hollywood, which has made it difficult for her to find work.

“You’re tolerated only if you fit their liberal profile. I’ve been blacklisted. I don’t even get to auditions,” she said.

However, Dash is an outspoken supporter of President Donald Trump and has hopes he will endorse her campaign.

“I believe it would be helpful because he’s representing the people that I want to represent and that’s the working class,” she said.

In regard to the resurgence of the gun control debate, Dash lamented the tragedies such as the Parkland school shooting, but said the problem goes much deeper than gun laws.

“I support the Bill of Rights. That’s what I support. But I also do not like the tragedies that are occurring in our country. And I think it goes deeper than gun laws. I think it goes to moral integrity, and I think that runs from family. Family is the key, and parenting and being aware of mental illnesses and taking care of those issues,” she said.

Dash said her acting career has suffered since coming out as a conservative in Hollywood, but she does not believe that just because she is black she must vote Democrat.

“Because I’m black I’m supposed to therefore be a Democrat, which is absurd. They’re supposed to be the party of tolerance. I don’t see any tolerance. I’ve made a choice to stand up for what I believe in and don’t think it should be condemned,” she said.

Along with curbing the crime rate, creating jobs, and improving the educational system in her district, Dash said she wants to free Democrat voters from the belief that they must only support Democrats.

“I want to change the human condition, specifically in the district in which I’m running. They need to be given the opportunity to achieve their God-given right, which is the American dream.”

“I want to listen to what the people have to say and go fight for them,” she said.