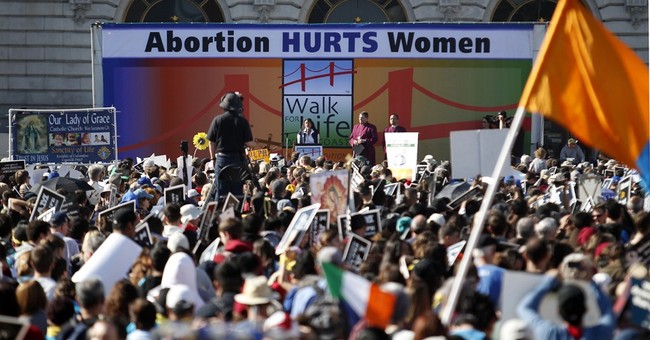 Support Circle, a San Francisco based non-profit clinic and counseling center for women facing unplanned pregnancies, is being targeted by the city for ‘false advertising’ because the prolife clinic does not offer or refer women and girls for abortion services.

After suing the city in 2012 and losing, Support Circle appealed its case to the Supreme Court on February 1st. Last week, the Becket Fund filed a certiorari petition, or writ of certiorari, to the United States Supreme Court on behalf of the clinic.

The city of San Francisco claims that if internet search engines, such as Google, display their website when search terms such as ‘San Francisco’ and ‘abortion’ are used, the clinic is engaging in false advertising.

‘But Support Circle counsels women considering abortion, and also offers post-abortion counseling, while making clear to all women it serves that it does not offer or refer abortions,’ Becket stated.

According to Becket, in 2011 the city produced an ordinance that "prohibits ‘limited services pregnancy centers’ from making false or misleading statements to the public about the services they offer."

"The ordinance, introduced in 2011 by Supervisor Malia Cohen, targeted facilities that falsely advertised a range of clinical services for women facing pregnancy – including pregnancy tests and ultrasounds – as a way to steer them toward options other than abortion," SFGate reported in 2017.

In response to the ordinance, Support Circle stated on its website that the ordinance falsely attacks the clinic and is not about protection of the consumer because there has been no evidence of a client claiming to have been misled by their advertisements.

“The ordinance is actually a pretext for directly attacking pregnancy centers by giving the City Attorney the power to intimidate, fine, and litigate them simply because he disagrees with their viewpoint,” the center argued.

According to the ordinance, pregnancy centers like Support Circle could potentially be fined $500 for any instance deemed “false advertising.”

“The ordinance has no clear violation guidelines, and so it problematically allows the City Attorney to decide what is ‘misleading,” Support Circle said.

“That is a recipe for abuse,” they added. “The City Attorney has already explicitly expressed his position that merely having Support Circle’s ads populating under the search terms ‘abortion San Francisco’ is grounds for enforcement and would incur fines in the hundreds of thousands of dollars which would put us out of operation.”

In 2009, a similar case found that the city of Baltimore sought to force the religiously-affiliated Greater Baltimore Center for Pregnancy Concerns to display signs stating that the clinic did not "provide or make referrals for abortion or birth control services."

In January 2018, The Fourth Circuit Court of Appeals decided that the Center would not be forced to display signs about abortion, thus protecting the center from being forced to violate its conscience.