Pope Speaks Out for Peaceful Resolution to Syrian Conflict 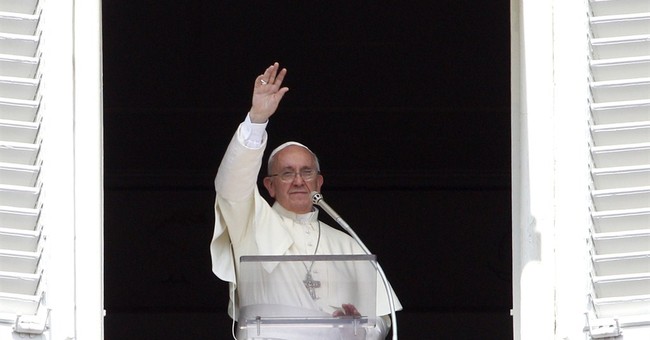 During his Angelus reflection on Sunday, Pope Francis appealed to the Catholic congregation and to the hundreds of thousands watching around the world with a plea for peace regarding the recent events surrounding Syria.

“…We want a peaceful world, we want to be men and women of peace, and we want in our society, torn apart by divisions and conflict, that peace break out!” the Pope told his audience. “War never again! Never again war! Peace is a precious gift, which must be promoted and protected.”

While never directly mentioning the United States, his allusions were clear. He invoked the “international community to make every effort to promote clear proposals for peace in that country without further delay, a peace based on dialogue and negotiation, for the good of the entire Syrian people.”

And in an uncharacteristic break from his soft-spoken and gentle temperament, Pope Francis strongly declared the Church’s denouncement of the use of chemical weapons:

“My heart is deeply wounded in particular by what is happening in Syria and anguished by the dramatic developments which are looming...With utmost firmness I condemn the use of chemical weapons: I tell you that those terrible images from recent days are burned into my mind and heart. There is a judgment of God and of history upon our actions which are inescapable! Never has the use of violence brought peace in its wake. War begets war, violence begets violence.”

Francis’ imploration mirrored that of Pope John Paull II, who spoke out just before the U.S. moved into Iraq, saying that war was “always a defeat for humanity.”

The new pontiff called for a “culture of encounter and a culture of dialogue” to bring about peaceful change, and then announced he would lead the Church in a day of fasting and prayer for “peace in Syria, the Middle East, and throughout the world.”

On Saturday, September 7, just days before the House and Senate convene for session, the Pope will hold a vigil in St. Peter’s Square from 7 p.m. until midnight. He invited every “[man] of goodwill” to join.

Since his Sunday announcement, the Pope has taken to Twitter multiple times a day, reiterating his conviction for a peaceful resolution:

Let us pray for peace: peace in the world and in each of our hearts.

How much suffering, how much devastation, how much pain has the use of arms carried in its wake.

Let the cry for peace ring out in all the world!#prayforpeace