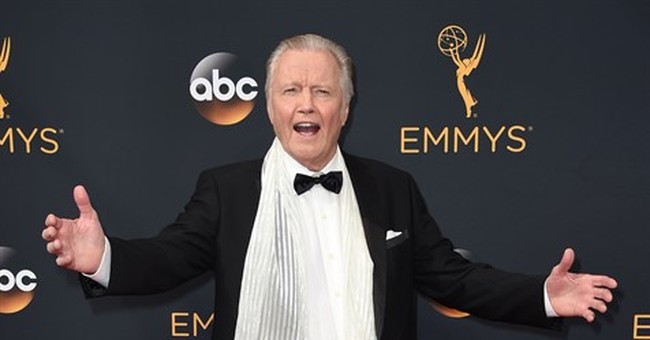 Actor Jon Voight, an outspoken Trump supporter, has published a video strongly praising the president, asserting that the nation’s leader “is the greatest president since Abraham Lincoln.”

Peering directly into the camera, the award-winning actor delivered his message:

People of the Republican Party, I know you will agree with me when I say our president has our utmost respect and our love. This job is not easy, for he’s battling the left and their absurd words of destruction.

I’ve said this once and I’ll say this again: That our nation has been built on the solid ground from our forefathers. And there is a moral code of duty that has been passed on from President Lincoln. I’m here today to acknowledge the truth. And I’m here today to tell you my fellow Americans, that our country is stronger, safer and with more jobs because our President has made his every move correct.

Don’t be fooled by the political left, because we are the people of this nation that is witnessing triumph. So let us stand with our president, let us stand up for this truth: That President Trump is the greatest president since Abraham Lincoln. God bless America. And may God continue to guide this nation. Much love.

The brief but high-quality video footage is split between two tweets, and in less than 24 hours they have each garnered thousands of replies and retweets.

This is certainly not Voight’s first time publicly sharing his support for Donald Trump. For instance, he spoke at the National Mall the day before inauguration day declaring that “President Lincoln, who sits here with us, I’m sure is smiling, knowing America will be saved by an honest and good man who will work for all the people no matter their creed or color.”