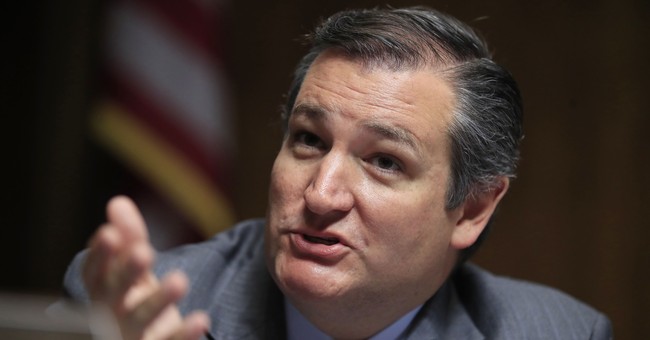 Senator Ted Cruz (R-TX) spoke about gun-related topics and other issues during an interview conducted by the Federalist’s Ben Domenech Thursday at the 2018 Conservative Political Action Conference.

“Every time you see a, a horrific crime, people in the media and Democratic politicians immediately try to leap on it to advance their agenda and their agenda is stripping the 2nd amendment rights away from law-abiding citizens,” Cruz said.

Cruz stated that the places that have “the toughest gun control laws, cities like Chicago, cities like Washington DC, they often have among the highest murder rates and crime rates.”

“You wanna see crime take off? Disarm the law abiding citizens,” Cruz asserted, adding that, “the criminals love it when law-abiding citizens can’t defend themselves. On the flip side, if you actually want to stop crimes what does work is targeting violent criminals, going after them like a ton of bricks, putting felons and criminals in jail, that’s what we need to be doing and that’s what I’m leading the fight to do.”

Cruz expressed support for allowing teachers to carry guns in schools, saying, “if teachers want to exercise their right to keep and bear arms that it will only make schools safer.” He added that this should be an option available to teachers, not a mandate foisted upon them: “if a teacher is comfortable and wants to be prepared to defend himself or herself, that’s a good thing,” he said.

While he stated that “few things have been more frustrating and maddening the past year than seeing Republicans come short on Obamacare,” he pointed to other issues including tax reform which he referred to as “an unambiguous win,” as well as regulatory reform which he described as “one of the greatest successes of the Trump administration.”

He also praised the repeal of the Obamacare individual mandate and the appointment of judges. Cruz said that in addition to Justice Neil Gorsuch, “We confirmed 12 federal court of appeals judges, the most in the first year of a presidency in history. Barack Obama had 4, we had 12.”

Cruz said that he refers to young people as “generation freedom” and he said: