Organizers of a Drive-In Concert in the Hamptons Under Investigation 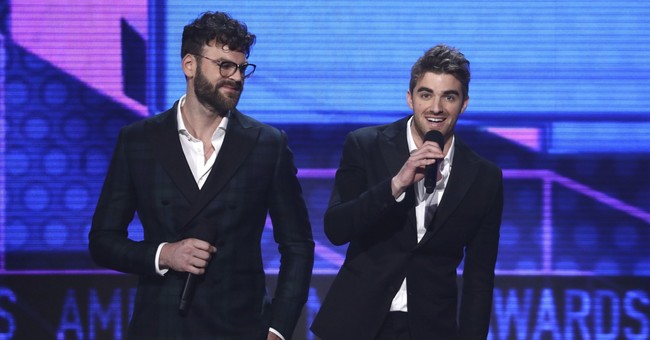 A charity concert this past weekend in the Hamptons is under investigation by New York health authorities after videos showed a packed crowd not following social distancing guidelines.

The "Safe & Sound" benefit concert headlined by the popular group The Chainsmokers took place on Saturday, according to Jack Sterne, a spokesman for New York Gov. Andrew Cuomo.

The organizers of the group, In The Know Experiences, are now under investigation by the New York Health Department, due to potentially exposing a large number of people to COVID-19. They could face criminal and civil charges.

Cuomo tweeted out a video of the packed concert on Monday, expressing his anger over the blatant disregard for the virus and promising an investigation into the matter.

"We have no tolerance for the illegal & reckless endangerment of public health," he said.

Videos from a concert held in Southampton on Saturday show egregious social distancing violations. I am appalled.

The Department of Health will conduct an investigation.

We have no tolerance for the illegal & reckless endangerment of public health.pic.twitter.com/gf9kggdo8w

The event page for the concert advertised it as a socially distanced drive-in benefit concert that would allow 600 vehicles. Looking at the videos, it seemed as though no one was in their cars and no one was six feet apart.

Ticket prices started at $225 and went as high as $2,500 per person for the "Rockstar package," which included a private RV for 10 people.

The maximum fine is $1,000 for violating social distancing protocols and having a non-essential gathering of more than 50 people.

Goldman Sachs CEO David Solomon opened for the Chainsmokers. In addition to running one of the most powerful investment banks in the world, Solomon also performs as a part-time DJ, playing clubs in New York and Miami.

"The vast majority of the audience appeared to follow the rules, but he's troubled that some violated them and put themselves and others at risk," a Goldman Sachs spokesperson said in a statement.

According to TMZ, the organizers made sure guests had their temperature taken before admission, face masks provided, and plenty of hand sanitizer available.

New York State Health Commissioner Dr. Howard Zucker sent a letter Monday inquiring about the concert to Southhampton's Supervisor Jay Schneiderman. Zucker reminded Schneiderman that New York is still in a declared state of emergency due to the pandemic and that there have been multiple executive orders to follow social distancing guidelines.

The concert was held in an effort to raise money for several charities including No Kid Hungry, according to organizers.