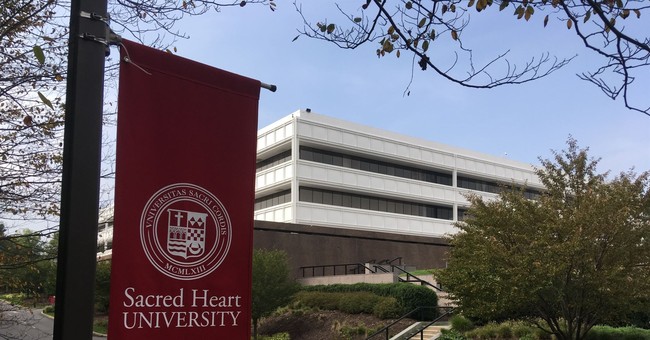 At a panel titled "Wrestling with the legacy of America's Original Sin" that took place in late June as a part of the Heart Challenges Hate series, moderator, Associate Dean Michelle Loris divulged how white privilege is the cause behind most of the racism in America, both in the past and present.

Other professors at the university from many different departments proceeded to lecture on the impact of white privilege.

History Professor Jennifer McLaughlin claimed that slavery is the most "most obvious instance of white privilege in America." She also said that the Declaration of Independence did not mean equality for all.

"Thomas Jefferson was not intending that 'all men being created equal' applied to all men or all women and certainly not to African Americans," McLaughlin said.

"We have to address the exterior, the behaviors that are the result of that sinful state," said Greenly. "But I think we need to ask people, in terms of how we understand sin, at least the Catholic tradition, to do a really tight inventory."

She then shared a story about how her black daughter was unfairly penalized for speaking out in class while her white friend was not.

Other topics discussed were how to combat racism and white privilege in the classroom, as well as personal anecdotes on the matter.

The women of the panel all agreed it will be "hard work" fighting white privilege and that they need to "push through."