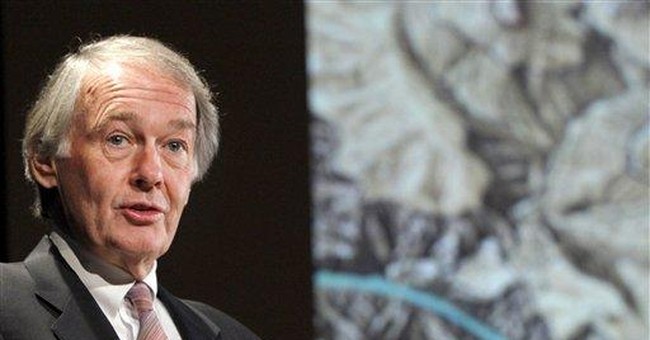 Sen. Ed Markey has spent a greater portion of the past two years away from his state Massachusetts than just about any other member of the Massachusetts Congressional delegation, according to his travel records.

Markey spent just 275 nights or 38% of his days in Massachusetts at his childhood home in Malden, according to WCVB. He spent less time in Massachusetts over the past few years than any Congressional member, a fact ABC affiliate was able to determine after examining the travel record of eight MA Congressional members. Reps. Katherine Clark and Ayanna Pressley did not provide the outlet with that information.

The majority of the time Markey spent in Massachusetts was this past year during the pandemic, March through April. In 2017, Markey spent just 77 days in the state.

Rep. Lori Trahan spent more nights in the state than Markey, even though she just took office in January 2019. Even Elizabeth Warren spent more time than Markey in 2019 in Massachusetts, when she was still a presidential candidate.

Most of the time Markey can be found at his home in Chevy Chase, Maryland.

During Sunday night's Massachusetts Primary Senate debate, Kennedy slammed Markey for being absent in the state he's supposed to represent.

"You have to be present to hear them," Kennedy said. "You have to go out and ask, not tell. You have to listen, not dictate."

In the debate, Kennedy and Markey sparred over issues like criminal justice, immigration, and returning kids to school during the pandemic.

Markey has been serving as a Massachusetts senator since 2013, after taking over for John Kerry after he became the Secretary of State for the Obama administration in 2012.

Currently, Markey trails Kennedy in the polls by double digits, with an Emerson poll in June projecting the congressman to win by 16 points.