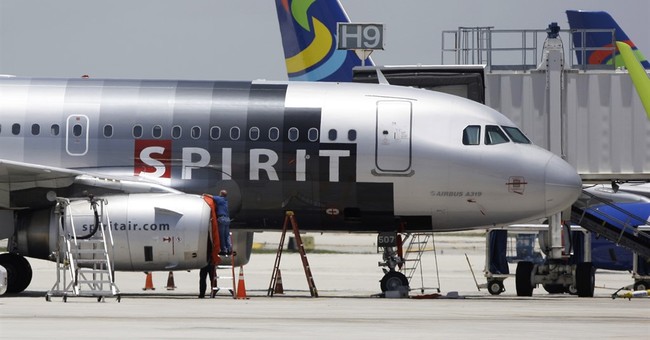 Three Spirit Airlines employees were injured after a violent fight broke out in a Fort Lauderdale airport over a flight delay.

The altercation--caught on video--at the Fort Lauderdale Hollywood International Airport, showed three women hurling projectiles and charging employees at a Spirit gate over a flight delay to Philadelphia, according to a WPLG report.

Tymaya Wright, 20, Danaysha Dixon, 22, and Keira Ferguson, 21, all of Philadelphia, were taken into custody on Tuesday and were charged with battery. Wright also faces an additional charge of taking a spirit employee's phone.

Spirit released a statement praising their employees' handling of the situation, and said that the behavior of the women was "completely unacceptable" and it "has absolutely no place in airports or any other place of business."

This is not the first time that a dangerous skirmish of this kind has occurred at Spirit Airlines at the Fort Lauderdale Hollywood Internation Airport. In 2017, countless passengers became unruly after Spirit canceled nine flights, due to a dispute with Spirit and its pilots. Police had to intervene over that heated outbreak.

The women bonded out of a Broward County jail on Wednesday. All three declined to comment to tell their side of the story to WPLG.

The Broward Sheriff's Department is still investigating the situation and more charges could be brought against the women.