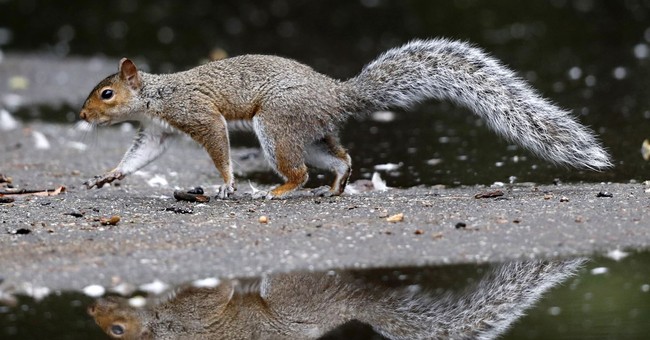 Public health officials have confirmed a squirrel tested positive for the bubonic plague in a Colorado town.

The squirrel was found in Morrison, Colorado, a part of Jefferson County, and is the first case of the plague in the region this year, according to a statement made by health authorities. The town is just west of Denver.

The discovery came just one week after the Chinese region of Inner Mongolia issued an epidemic warning due to multiple cases of the plague. The outbreak is believed to have started after a man and a woman consumed infected Mongolian marmot meat.

A 15-year-old boy in that area of China reportedly died on Monday after he also ate the infected meat of the marmot; all those who were in contact with him have been put into strict isolation to prevent a greater spread.

Most people recognize the bubonic plague as the disease that killed millions of people in Europe during the Middle Ages. Thanks to antibiotics, death from catching the illness is relatively low.

The statement warned that humans and cats are susceptible to plague. The disease can either be contracted by people through bites from infected fleas, by the cough from an infected animal or by direct contact with blood or tissues of infected animals. Cats can receive the virus from a flea bite or through ingesting an infected rodent, and if they catch it, there is a strong risk of death if not treated with antibiotics.

Dogs rarely catch the plague, due to their high resistance to the bacteria that causes the disease. However, they can still carry the diseased fleas in their fur that and as a result, could indirectly infect humans.

Officials in Jefferson County warned residents to remain on high alert if they begin to feel ill with what may be the plague. Symptoms of plague may include sudden onset of high fever, chills, headache, nausea, and extreme pain and swelling of lymph nodes, occurring within two to seven days after exposure.

Local officials said there are certain precautions residents can take including not feeding wild animals, consulting with their veterinarians to make sure their pets are properly protected against fleas and ticks, and avoiding contact with dead rodents.

It's not uncommon for the plague to be found in rodents, but the state is no stranger to human cases. In 2012, Sierra Jane Downing, 7, contracted the plague after laying her jacket next to a dead squirrel. Infected fleas then made their way onto the jacket, and bit her.

Downing was considered "fortunate to be alive" by doctors, after suffering a seizure, causing her to stop breathing for a couple of minutes.

Three cases had previously in Colorado been reported before Downing caught the illness.

Reports of those infected with the disease have occurred on most continents, but the majority of human cases since the 1990s happened in Africa, according to the World Health Organization.

While it's still rare to catch the bubonic plague in the United States, people still need to remain vigilant looking after themselves, their children, and their pets.