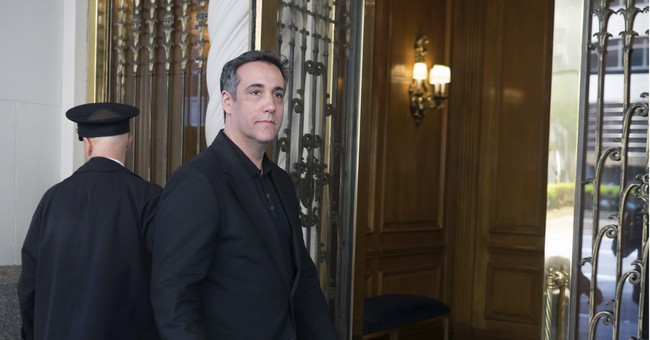 Former Trump lawyer Michael Cohen has been taken back into custody by U.S. Marshals and sent to a federal jail according to his lawyer Jeffrey Levine. His return to jail comes a week after Cohen was caught at an NYC restaurant, a violation of the terms for his early release.

The New York Post obtained a photo of Cohen eating at French restaurant Le Bilboquet, seated at a sidewalk table with his wife Laura and another couple. The eatery was around the corner from his Park Avenue apartment.

This was not just a one-time rule break either. The Post also reported the Cohen had eaten at Avra Madison on East 60th Street, another elite establishment.

Levine did not say whether Cohen's failure to follow home confinement was the reason for his return to jail.

Cohen, 53, had pleaded guilty to multiple charges including tax evasion, bank fraud, campaign-finance violations, and lying to Congress in 2018. These charges came after Cohen admitted he had paid hush money to women who alleged they had affairs with Donald Trump, years before his 2016 run.

He started serving his sentence in May 2019 and was scheduled to be released in November 2021. Due to Covid-19 concerns, the Department of Justice had released Cohen in May to serve out the rest of his term under home confinement.

In April, Attorney General William Barr had ordered the Bureau of Prisons to release more inmates to home confinement over fears of the virus quickly spreading in such tight living quarters.

Paul Manafort, the President's former campaign manager had also been released from prison in May for virus concerns. Manafort had been convicted on charges related to tax violations and foreign lobbying in 2019 and he has only served a small portion of his seven-year sentence.

Cohen had “refused the conditions of his home confinement and as a result, has been returned to a BOP facility,” the Bureau of Prisons said in a statement to The Associated Press.