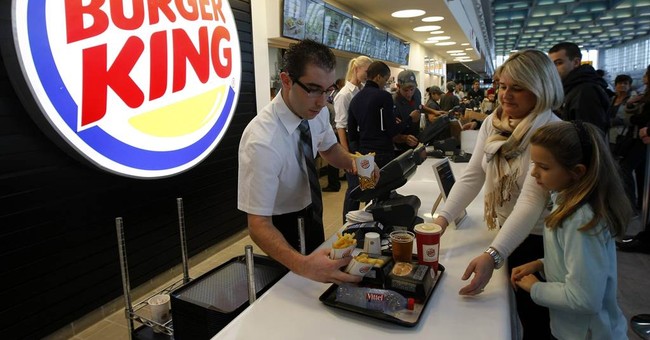 If full-time jobs are ever going to make a comeback, Obamacare will have to be repealed. Townhall Finance's John Ransom reports for the December issue of Townhall Magazine.

If the job for the next Congress is to get the economy moving again, it is almost inconceivable that that task will get done without addressing the biggest problem in our economy: Obamacare.

Obamacare has so distorted the labor markets that even the Keynesians at the Federal Reserve understand that there is a “new” normal in the labor market. And that normal state is a drag on the economy.

“In remarks prepared for delivery to a conference on workforce development, [Atlanta Fed President] Dennis Lockhart said there was likely to be some reduction in the use of part-time workers as the economy strengthens further, but probably not to levels seen before the recession,” according to Reuters.

"In other words, preference for part-time workers is likely to persist," he said.

"For Fed policy purposes, the balance of evidence suggests the labor market is still far from normal, even if normal is not what it used to be."

While the Federal Reserve refuses to pin this “part-time workforce” phenomenon on Obamacare’s provision that redefines full-time work to 29 hours, a review of the Fed’s own research makes it hard to not see the connection.

The Fed made the case last year that part-time employment is not unusually high for a recession. The Fed says “part-time work typically increases in recessions, which reflects the cyclical reduction in labor demand that reduces hours worked along with increasing the unemployment rate.” Given that the 2007-2009 down-leg was unusually large, says the report, it’s not surprising that we’d see an increase in part-time work.

Further, the Fed says that there are some demographic changes, like an aging population and different survey methodologies that confuse the issue.

Since 1994 the BLS has used different criteria to define part-time jobs, which could boost the number of workers who are counted as part-time.

What is unusual, however, and the Fed fails to mention this, is the persistency with which part-time work has remained prevalent in the labor force.

Part-time employment peaked at 3.78 percent of the population in 2009. Since then it has made much slower progress downward, and there are some indications that the trend is enjoying one of the periodic upward reversals that we’ve seen under Obama. Right now the numbers of part time workers stands at 2.98 percent of the population, a decline of only about 20 percent since 2009.

Typically the number of part-time workers spikes as business conditions deteriorate because companies are reducing hours. When the recovery takes hold, part-time work falls off precipitately as companies expand hours.

But not in this recovery.

Part-time work has stubbornly remained above 19 percent of the workforce since 2007, and is not threatening to retreat anytime soon, as it has done during previous recoveries.

In fact, we might see part-time work increasing rather than decreasing.

“In the middle of last year leading up to the mandate’s then-planned 2014 start date, there was ‘a big spike up in part-time work and then a big drop down when it was delayed,’ said Guy LeBas, managing director at Janney Montgomery Scott LLC in Philadelphia,” according to Bloomberg.

The surge in part-time work that LeBas noted can be directly tied to Obamacare because the only big change to the labor force composition at the time was the company mandate being delayed. While implementation of the mandate was being contemplated last year, the number of part-time jobs went to an all-time high at a time that normally should see part-time employment plunging according to the previously cited Fed explanation.

When the employer mandate comes back, companies will likely shift more workers to part-time status in order to avoid triggering provisions that require them to pay for health insurance for full-time employees.

The important thing is that in 2015 we will have a chance once again to test the hypothesis of whether Obamacare is dislocating the labor market. If in the first part of 2015 we see a radical shift in employment from part-time to full time, I think it would be time for even Obamacare supporters—the increasingly few of them left—to admit that whatever value Obamacare might have is being overshadowed by the disgorgement of the labor markets.

More importantly it’s incumbent upon the GOP in Congress to present an effective plan to counter the deleterious effects that several provisions of Obamacare, including the part-time work provision, is having on workers.

It will be the first time since passage of the ACA that our representatives in Congress will have a legislative majority sufficient to enact legislation that can counter the side effects of Obamacare at a time that the news cycle will likely be unkind to it.

It will be a great opportunity to get the economy righted, with the support of voters.

And we have to prepare to take advantage of it right now.