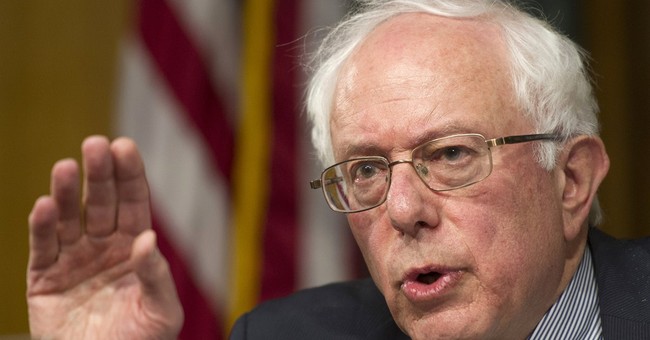 Democrats are so desperate to hold on to the Senate, they're willing to repeal the First Amendment to do it. HotAir's Noah Rothman reports for the November issue of Townhall Magazine.

Well before the pundit class accepted that November 4 was fated to be a good night for Republicans, Democrats saw a disaster looming. The president’s party tried just about every trick in the book to get the average grassroots liberal voter enthused about casting a vote for the in-party, often in ways that exposed revealing and unattractive characteristics about the liberal coalition. In the effort to combat apathy among Democratic base voters, the party may have done lasting damage to its brand.

President Obama’s party first tried to make the midterms about climate change. In March, a number of Democratic senators stayed up all night long warning of the apocalyptic future that impends if the majority party was voted into the minority. “If you were looking for reassurance that somebody took this seriously in Washington, you weren’t finding much,” a discouraged Sen. Sheldon Whitehouse (D-RI) lamented after the stunt landed with a thud.

The president and his party then worked to make this election about immigration. Obama flirted with issuing an executive order that would have extended legal status to millions of illegal immigrants just ahead of the midterms. But then he later popped that trial balloon in September at the request of vulnerable Democrats in Congress.

Worse than failing, Obama’s immigration strategy seems to have backfired. Seeking to cement the Democrats’ advantage with Hispanic voters by enacting immigration reform via executive order, the polls began to reveal that the Democrats were losing the faith of the general public. Once the party more trusted to handle immigration, surveys now consistently show that Democrats have ceded public trust on that issue to Republicans.

Senate Democrats sought to rile up the base over the fact that the libertarian industrialists Charles and David Koch desired to influence the political process, as was their right. In a series of ludicrous displays, Sen. Harry Reid (D-NV) took to the Senate floor to call these two private citizens “un-American,” and has blamed them for everything from global warming to geopolitical instability.

The Democratic “kitchen sink” strategy came to its ultimate conclusion in September when partisan liberals were treated to the most cynical appeal of the midterm cycle, and one which may come to define the ugly ethos of modern liberalism. In the end, it was not so much the political views of the Koch brothers and their sympathizers that the Left found so troubling, but the freedom that allowed them to disseminate those views. Democratic campaigners inveighed against that liberty; it must be curtailed.

For a generation, courts have been rolling back restrictions placed on political speech in the name of the utopian and unattainable goal of ensuring an equality of outcomes. This issue came to a head during the Obama presidency when the Supreme Court ruled in Citizens United and McCutcheon that political spending by groups and organizations is tantamount to free speech and is, thus, protected by the First Amendment to the Constitution. The Democrats’ unwise response to this conundrum was to attempt to rewrite the First Amendment.

“Billionaires buying elections is not what our Constitution stands for,” said socialist Sen. Bernie Sanders (I-VT) in a statement supporting the constitutional amendment he co-sponsored which would, if passed, limit the ability of private individuals to practice their right to free expression.

But far from curtailing political speech, Citizens United and McCutcheon led to its proliferation. Writing in The Wall Street Journal, the conservative attorney Ted Olson observed that these rulings did not unleash the perdition Democrats cynically assured their core supporters they were combating. “The critics also ignore that Citizens United and McCutcheon make it easier for the unions on which the Democrats rely to spend money on elections,” Olson wrote. “Unions outspent businesses by more than 2-to-1 in 2013. If money corrupts, then one would expect Mr. Reid and his colleagues to condemn the ‘corrupt’ influence of unions in politics.”

The cynicism didn’t end there. When Republican Senators joined Democrats and voted to allow debate on this doomed constitutional amendment, the Democrats who supported the measure were furious.

“They know we’re getting out of here fairly shortly and they want to prevent discussion on other very important issues,” Sanders said of the GOP’s motives.

“Many of the Republicans only voted for the bill to foul up Democrats’ pre-election messaging schedule,” Politico’s Burgess Everett penned, “freezing precious Senate floor time for a measure that ultimately has no chance of securing the two-thirds support necessary in both the House and Senate to amend the Constitution.”

Surely the Democrats’ ultimate desire was for this amendment to die a quiet death so that the party could fire off a quick fundraising email to their constituents, complain about Republican intransigence, and move on to the next base- rousing nonissue.

By seeking to gain some fleeting advantage over their opponents, the president’s party shortsightedly exposed their distaste for the universal freedoms protected in the Bill of Rights. In the flailing, scattershot attempt to keep the Senate, the Democratic Party proved they were willing to sacrifice the founders’ vision for our republic. They will come to regret it. •