Is Race Still the “Third Rail” of Talk Radio? 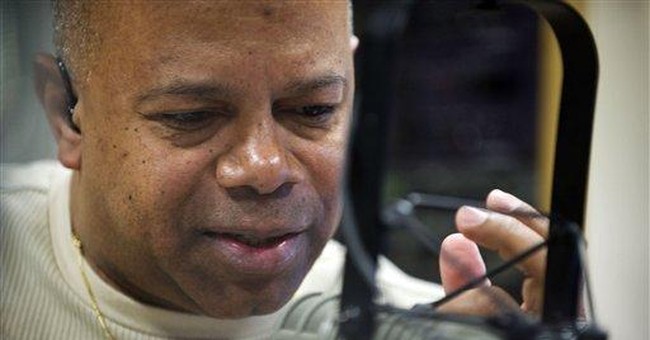 In the May issue of Townhall Magazine, Tom Tradup explains why the conservative movement has to do a better job of long-term engagement with minority communities.

When House Budget Committee Chairman Paul Ryan (R-WI) recently guested on Bill Bennett’s “Morning in America,” he made what he surely thought was a cogent, uncontroversial observation about poverty in the United States. “We have got this tailspin of culture, in our inner cities in particular, of men not working and generations of men not even thinking about working,” Ryan stated.

Suddenly, Ryan found himself the vortex of charges of “racism,” and suggestions that his remarks on the inner city and men not working were “code words” for black. New York Times columnist Charles Blow pronounced Ryan’s language “horrific.” And once again, an elected official had touched the so-called third rail of American politics: race.

As talk radio rallied to Ryan’s defense, another racially-tinged observation was made: virtually all of the voices countering attacks of racism by Ryan belonged to Caucasians. Raising the question: why aren’t more talk radio hosts in America black?

The answer, according to industry insiders, could lie with the GOP. “Too many years of election-cycle-only-visibility,” says David Webb, who hosts a weeknight talk show on Sirius XM.

“The Republican Party has to do a better job of long-term engagement in the black community,” Webb explained. “A needed to develop talk radio’s bench of black conservatives. “If the GOP can win over the community, the talkers/advocates tend to develop.”

Conservative economist Walter Williams has filled in for market leader Rush Limbaugh but remains a guest host, at best. Denver conservative host Ken Hamblin, who billed himself as “The Black Avenger,” simply walked away from the format in 2003. And one-time WLS/Chicago host Mel Reynolds, elected to two terms in Congress but later convicted on misuse of campaign funds as well as sex with an underage intern, was last seen being arrested in Zimbabwe on pornography charges.

So if talk radio is to broaden its appeal to minority audiences, it will need to create and develop ethnic talent, including

Station general manager Mark Jaycox says it is a mutually rewarding project. “Peter and I first met at our “Constitution Under Fire” event back in the fall. A week after the event, he reached out to us. In our conversations, we explored ways he could be involved with us locally, and in short order, “The Kirsanow Report” was born: a daily 60-second feature that runs five times daily.”

Webb also believes the bottom line is focusing on content, rather than race. And if the communicator of Conservative ideas happens to be a minority, it is a bonus.

“Over the years, Fox, CNN and other networks have asked me to provide my analysis and opinion,” Webb explains.

“It’s understandable that if the issue is specific to the black community I will be asked, in the same manner that a woman will be asked, to provide perspective on a women related issue.”

But Webb adds that listeners, whatever their race, will gravitate to hosts, guests, and callers who focus on issues that

In defining the game plan for talk radio to attract more minorities on and off the air, Webb sounds eerily like… well… Paul Ryan. Maybe American media has a bright future after all. •

Tom Tradup is Vice President of News & Talk Programming at the Dallas-based Salem Radio Network. He can be reached at ttradup@srnradio.com