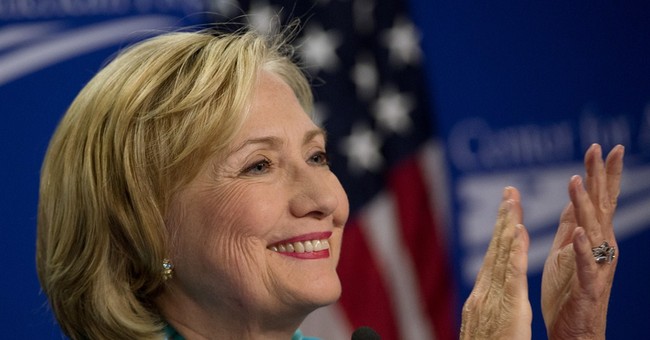 Several news outlets seeking to vet the Democratic Party’s most prominent presidential candidate, Hillary Clinton, have encountered some difficulties. According to the Associated Press, the State Department is stonewalling several media organizations who have requested government documents pertaining to Clinton’s tenure as Secretary of State.

The Freedom of Information Act, enacted in 1966 by then president Lyndon B. Johnson, stipulates that:

“any person has a right, enforceable in court, to obtain access to federal agency records, except to the extent that such records (or portions of them) are protected from public disclosure by one of nine exemptions or by one of three special law enforcement record exclusions.”

"As Citizens United conducts pre-production research for the sequel to Hillary The Movie, the State Department has stonewalled our request for public records on official taxpayer-funded travel overseas.The American people have a right to know who accompanied Secretary Clinton on these trips. Were there any big political contributors to previous or future Clinton campaigns on board? Were there any Clinton Foundation financial supporters on board? These are important questions that need to be answered, especially considering the allegations that arose regarding Commerce Department trade missions during the Clinton Administration in the 1990s.”

According to the AP, the State Department has also been avoiding its FOIA requests for years:

The AP requested copies of Clinton's full schedules and calendars from her four years as secretary of state; her department's decision to grant a special position for longtime aide Huma Abedin; Clinton's and the agency's roles in the Osama bin Laden raid and National Security Agency surveillance practices; and her role overseeing a major Defense Department contractor. The AP made most of its requests last summer, although one was filed in March 2010.

State Department spokesman Alec Gerlach claimed that the department's negligence was due to the estimated 19,000 FOIA requests it receives annually.

Whether the stonewalling was the result of dereliction of duty, or of secrecy, remains to be seen.