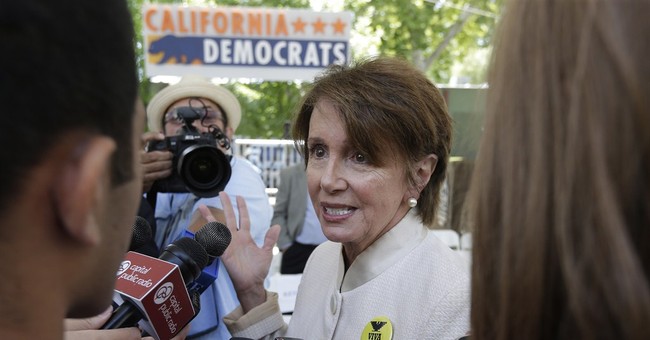 The Archbishop of San Francisco has opted to remain faithful to the Church's teaching rather than to engage in a round of political theatre with alleged Catholic Nancy Pelosi (D-Calif.).

Pelosi wrote to Archbishop Salvatore Cordileone last week, urging him to not to attend the March for Marriage, which will take place June 19 on Capitol Hill. Not only is Cordileone a key speaker at the event, he also chairs the United States Conference of Catholic Bishops (USCCB) Subcommittee for the Promotion and Defense of Marriage. The archbishop thoughtfully reminded opponents of the march of the Church’s core belief in traditional marriage in a June 16 letter. Catholic News Agency reported:

Archbishop Cordileone noted Pope Francis’ April 11 comments to the International Catholic Child Bureau, in which the Pope said, “We must reaffirm the right of children to grow up in a family with a father and mother.”

The archbishop also affirmed respect for “the intrinsic human dignity of all people.” He said that some of the critics’ comments about March for Marriage sponsors are “based on misinterpretation” or are “simply factually incorrect.”

He said he and the march’s critics have a “common disdain for harsh and hateful rhetoric,” but pointed out that supporters of marriage as a union of one man and one woman have also faced this rhetoric and even harsh action.

“Simply for taking a stand for marriage as it has been understood in every human society for millennia, people have lost their jobs, lost their livelihoods, and have suffered other types of retribution, including physical violence,” the archbishop said.

Cordelione was likely referencing instances such as Elane Photography and Sweet Cakes bakery, where individuals were sued and run-out of their businesses for refusing to compromise their religious beliefs in support of same-sex unions. The argument increasingly turns into a human rights rather than a First Amendment issue. The archbishop promoted dialogue, understanding, and compassion.

Rep. Nancy Pelosi does not simply reject the Catholic Church’s teachings on marriage, abortion, and contraception—she is a rabid foe of the Church’s positions.

Perhaps Pelosi isn't the Catholic scholar she thinks she is.