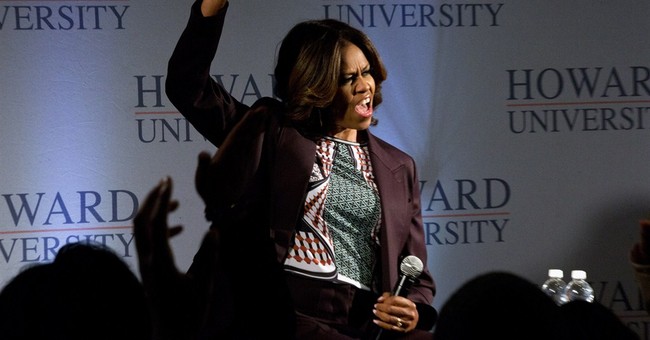 Democrat speakers at 2014 college commencements outnumber Republicans by a two-to-one margin, according to a study by Campus Reform.

Currently, not one former Republican president or vice-president is scheduled as a commencement speaker.

Republicans control the House with a 34 seat margin, 233 to 199, yet Democratic representatives have booked more commencement speeches.

The tally: Democrats 57 and Republicans 26.

President Obama will be speaking at the University of California-Irvine, First Lady Michelle Obama at Dillard University, and Vice-president Joe Biden at both the University of South Carolina and University of Delaware. Ten out of Obama’s 16 cabinet members are scheduled at commencement ceremonies across the United States.