Top DHS Officials: Catch And Release For Illegal Immigrants Is Coming Back 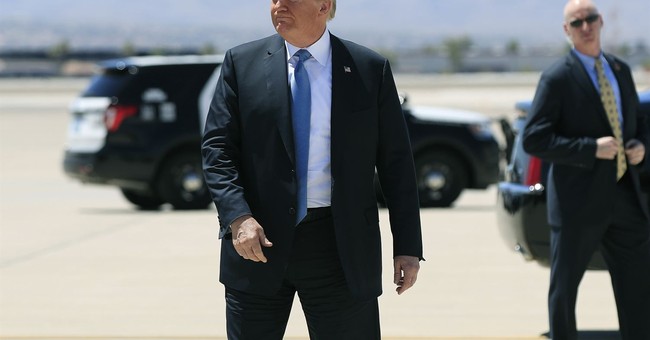 So, is this the end of zero tolerance at the border? The issue of family separation for illegal alien parents and their children has engulfed the Trump White House over the past couple of weeks. No, this isn’t new. Yes, the Obama White House also separated illegal alien families upon detention at the border. Folks, you know the game: America is not just open for anyone. There is the right way to enter this country and a wrong way, an illegal way. If you’re not supposed to be here, you get deported. That’s how it should be—and Trump ran on being tough on immigration enforcement. Now, with his executive order issued last week ordering that illegal alien families no longer be separated, top officials at the Department of Homeland Security admit that this means zero tolerance could be ending—and the widely unpopular practice of catch and release could be back. The reason is that essentially, there won’t be enough room to house them (via Politico):

President Donald Trump may not admit it but, practically speaking, his administration’s “zero-tolerance” border strategy is dead.

Top officials at the Department of Homeland Security acknowledged that reality at a meeting Thursday afternoon, according to a former department official with knowledge of the meeting.

“It’s going to be 'catch and release' because they don’t have the detention beds for them,” the former official said.

That same message was delivered by Brandon Judd, president of a union for Border Patrol agents, who told CNN Thursday that the executive order Trump signed Wednesday requiring families caught at the border to be detained together simply left his agency no choice.

"We're going to have to release them," he said.

The Border Patrol has already stopped referring adult illegal aliens for criminal prosecution (via The Hill):

The Associated Press reported Monday that Kevin McAleenan, the head of U.S. Customs and Border Protection, said he ordered his staff to halt referrals after President Trump signed an executive order last week to stop the separation of migrant families.

McAleenan said the zero tolerance policy is still in effect, but immigrants can’t be criminally prosecuted in the meantime because Trump halted the separation of families.

He added that he is developing a plan to resume prosecutions of those who enter the country illegally, the AP reported.

To try and bring more clarity to the situation, a new plan is being hatched in which illegal alien families face a choice between being detained with their children or temporarily giving up custody of their children and be placed in the care of the federal government (via Miami Herald):

The Trump administration is developing a plan that would give parents who are caught crossing the border illegally a difficult choice: Remain detained with their child in a large tent city or give up custody of their child, at least temporarily, according to two sources who have discussed the plans with administration officials.

The proposal is being considered as part of a hastily crafted solution to the problem of complying with President Donald Trump's executive order last week that ended his administration's policy of separating parents and children arrested at the border.

The idea is a way to side-step a major legal road block that prevents Trump from fully implementing his executive order to keep parents and children detained during their court proceedings. Current law prohibits the federal government from keeping children detained, even with their parents, in immigration detention for more than 20 days.

But, if a parent does not wish the child to be released from custody and taken away from them, the so-called Flores court settlement notes the parent can keep the child with them in custody. More than 2,000 Latin American children have been placed in shelters or foster homes since the Trump administration's "zero-tolerance" plan went into effect.

Critics said they see the proposal as morally unsound, for a parent to choose between detention for their child or give them up to the government, but supporters argue there are advantages to remaining in detention if their asylum claim is legitimate. Not only does the family remain united, but detention cases move much faster and a quicker resolution is likely.

This is a disappointing turn of events. Part of the Trump’s rise was due to his tough talk on immigration enforcement and protecting our borders. He gave a voice to the victims of illegal alien criminal activity that was largely disregarded by Democrats. Many an American family have been separated from their loved ones permanently due to homicides and drunk driving committed by illegal aliens, people who would still be alive if we kept those who shouldn’t be here out of the country. I’m not talking about DACA recipients. They’re going to stay. Both sides agree on that, but what’s disconcerting is how the Left is unwilling to admit that criminal illegal aliens, like MS-13, are a problem. We’ll see how this works out. Trump has a knack for surprising us.