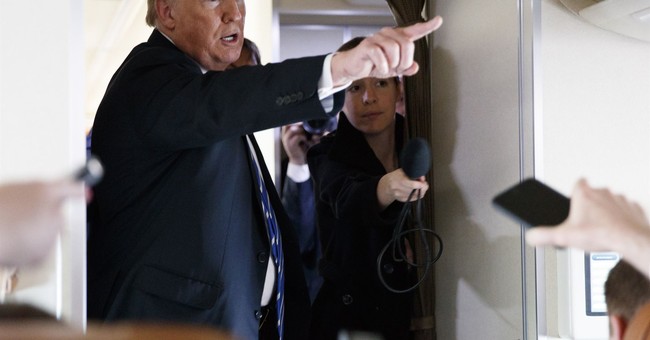 Well, if you have time and want to watch how the market performs tomorrow, don’t. It could be brutal. President Donald Trump is proposing $100 billion in tariffs. China has responded to this speculation by issuing $50 billion in tariffs of their own on 106 products from the U.S. A date for when these proposed tariffs on American goods are not known (via AP):

?? TRUMP: “In light of China’s unfair retaliation, I have instructed the USTR to consider whether $100 billion of additional tariffs would be appropriate under section 301 and, if so, to identify the products upon which to impose such tariffs.” ??

Full @POTUS statement on what increasingly looks and sounds like a trade war with China (although the president says it’s not a trade war). pic.twitter.com/Ap1HNlLdpb

The move comes a day after China issued a $50 billion list of U.S. goods including soybeans and small aircraft for possible tariff hikes in an escalating and potentially damaging dispute.

The White House says Trump has instructed the Office of the United States Trade Representative to consider whether $100 billion of additional tariffs would be appropriate under section 301 and, if so, to identify which products they should apply to.

Trump wants trade reps to consider an additional $100B in tariffs on Chinese imports, in retaliation for China issuing list of items for possible tariff hikes. https://t.co/55y2ATwt9e