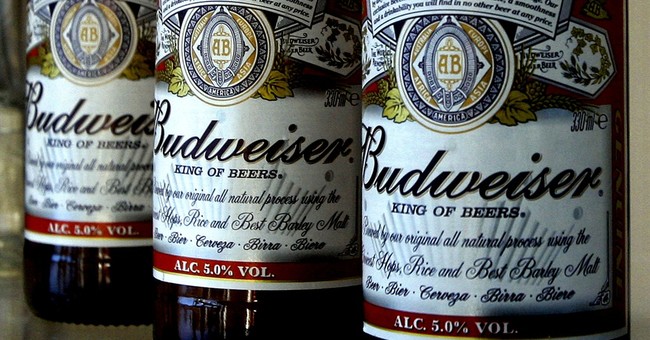 The historic rains pounding Texas has been nothing short of extraordinary. At the same time, it’s been incredibly tragic. Julie Shields spoke with her sister, Laura McComb, as a flood caused by the intense rain destroyed McComb's house.

"She called me, she said 'I'm in a house. I'm floating down the river. Tell mom and dad I love you and pray,'" said Shields. Laura McComb and her two children are still missing. Her husband, Jonathan, was rescued with severe injuries. In Dallas, around 200 people had to be rescued from their cars as flooding intensified.

To aid with relief efforts, Anheuser-Busch has halted beer production to bring water to Texas residents (via NBC News):

Beer giant Anheuser-Busch stopped production at its Georgia brewery this week to instead produce drinking water for those affected by a deadly bout of historic flooding and storms in Texas and Oklahoma.

Anheuser-Busch said it had stopped beer production at its Cartersville brewery in Georgia late Wednesday night to produce 50,000 cans of water for the American Red Cross.

The Cartersville brewery produces cans of emergency relief water a few times a year, Haas said, partnering with the American Red Cross to provide to places in need within the United States.

"It's something we're uniquely positioned to do in a very timely period," he said.

About 2,000 cases, each carrying 24 cans, are en route to communities in Texas and Oklahoma, he added. The water is expected to reach those areas within the next few days.