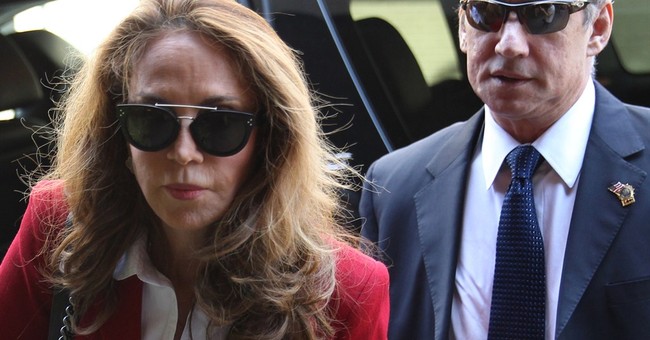 Since the Garland shootings, we’ve entered into this debate about hate speech, free speech, so-called responsible speech, and abuse of free speech. In all, it’s a rather horrific cocktail of double standards, idiocy, and political correctness. Hate speech is free speech; that is beyond dispute. Neo-Nazis can hold their rallies just as those who preach tolerance and respect. You can burn the flag and stomp on it all you want; just don’t be surprised if an angry bystander rips into you, especially if that person is a military veteran. Now, that’s not to say don’t do these things, but be prepared to defend your actions.

I don’t agree with Bill Maher much, but he’s absolutely right when it comes to First Amendment issues. His episode of Real Time this week featured the Blaze’s Will Cain saying that freedom of speech and expression is a “non-negotiable” aspect of Western society. He’s right. Sadly, some folks at the Washington Post and the New York Times have different opinions.

Columnist Kathleen Parker went so far as to say that Geller is abusing free speech:

Geller’s contribution to these protections and our unwavering dedication to its preservation is, exactly, what? A taunt. Shouldn’t one at least aspire to some originality? It’s been done. And each time, the result is the same. You haul out a picture of Muhammad; “they” haul out a fatwa. Cat puts out cheese; mouse gets eaten. What does one expect?

Indeed, two would-be terrorists presented themselves at the exhibition and were quickly dispatched to their just rewards.

Well, that’s two down, I suppose.

This is certainly the way Geller thinks, as her comments confirm. She has declined to apologize for instigating this unnecessary clash — remember when we preferred to take the fight to the terrorists over there? She even claims to have saved lives by luring two terrorists to their deaths. Geller baited the field, in other words.

As an operating principle, mightn’t we try less incendiary means of problem-solving? I don’t know, maybe something less likely to lead to violence?

…we needn’t embrace or celebrate people like Geller, who try to provoke a confrontation. She’s welcome to sponsor a cartoon contest, but we don’t have to attend. If Geller wants to stand on street corners and shout her views, no one has to listen.

Sometimes the messenger really is the problem. And oftentimes, the medium is, too.

It is more or less consistently true that First Amendment warriors are forced to defend not only undesirable sorts but also really bad art. When a Danish cartoonist was forced into hiding following an earlier Muhammad cartoon challenge, I raced to the front lines in his defense. But I was painfully aware that most of the cartoons were amateurish and witless.

A good cartoon isn’t just a drawing but also offers layers of meaning that illuminate in subtly humorous ways.

Even so, the protection of free speech isn’t only for the genius mind but for all equally. And though it takes little talent to draw attention to oneself these days, it is sad when someone flaunts America’s first principle as an accessory to ambition or violence.

Our Founding Fathers bequeathed not only the freedom of religion and expression from government tyranny but also the freedom to think as the enlightened progeny of some of history’s most creative, inventive and philosophical minds.

Talk about walking a waffled line here. Parker supports free speech, but in this case it was used as a provocation. “Sometimes the messenger really is the problem. And oftentimes, the medium is, too;” that is precisely the wrong way to look at First Amendment freedoms.

There’s no abuse going on here. Additionally, Parker forgets about the double standards in the media regarding being offensive to religion. Christianity is denigrated, yet no fire fights have erupted.

Maher noted that the Westboro Baptists Church protests outside the studio that hosts his show all the time, and a gun battle has never ensued. Artists can submerge a crucifix in urine and no bloodshed ensues. A frozen statue of the Virgin Mary made of vaginal sweat can be made, displayed, and no Christian decided to grab a rifle and start killing people. The problem isn’t Geller. It’s the people who want think it’s okay to engage in carnage if you offend them.

“Geller is a media creature and knows how to bait a media field as well. Make noise and the media will come. Draw a crowd and the cameras will roll,” wrote Parker. The Muslims who live in the surrounding community knew Geller was coming in February. Instead of giving her event oxygen, they decided to exercise their right to ignore her, according to the New York Times. Yet, they did quote Alia Salem, the executive director of the Dallas and Fort Worth chapter of the Council on American-Islamic Relations, who said, “The discussion we have to have is: When does free speech become hate speech, and when does hate speech become incitement to violence? … Free speech is not the same as responsible speech.” Nevertheless, some aren’t so upset about the two gunmen getting killed:

Mohammed Jetpuri, 68, knelt for the second of five daily prayers, and reacted to the shootings with the anger of a law-and-order Texan.

“Those people who got killed got what’s coming to them,” said Mr. Jetpuri, a retired businessman who lives in Richardson. “You just don’t shoot people or kill people. This is not acceptable at all. I’m glad they got killed, those two people. No sympathy, period.”

There’s no such thing as “responsible speech,” and hate speech is free speech. Yet, the New York Times editorial board disagreed:

…it is equally clear that the Muhammad Art Exhibit and Contest in Garland, Tex., was not really about free speech. It was an exercise in bigotry and hatred posing as a blow for freedom.

Whether fighting against a planned mosque near ground zero, posting to her venomous blog Atlas Shrugs or organizing the event in Garland, Ms. Geller revels in assailing Islam in terms reminiscent of virulent racism or anti-Semitism. She achieved her provocative goal in Garland — the event was attacked by two Muslims who were shot to death by a traffic officer before they killed anyone.

Some of those who draw cartoons of the Prophet Muhammad may earnestly believe that they are striking a blow for freedom of expression, though it is hard to see how that goal is advanced by inflicting deliberate anguish on millions of devout Muslims who have nothing to do with terrorism. As for the Garland event, to pretend that it was motivated by anything other than hate is simply hogwash.

Newsflash: the vast majority of Americans believe in the right to offend. Also, when will the Times’ editorial board write an op-ed condemning Christian defamation? It probably won’t happen since such controversial displays never result in a body count. Alas, we circle back to why no one is analyzing the irrational actions of these two would-be killers, and others who have committed such heinous crimes because they got their feelings hurt?

Nevertheless, we seem to be stuck on this hate speech, free speech angle so let’s turn to Eugene Volokh at the Washington Post, who wrote that hate speech isn’t defined under U.S. law. Moreover, those who call for speech bans certainly have a right to do so under the First Amendment. Yet, he noted they should bring forward a compelling case as to why we should totally change the foundations of First Amendment law. After all, we are seeking to accommodate something out of the horrid depths of political correctness:

To be sure, there are some kinds of speech that are unprotected by the First Amendment. But those narrow exceptions have nothing to do with “hate speech” in any conventionally used sense of the term. For instance, there is an exception for “fighting words” — face-to-face personal insults addressed to a specific person, of the sort that are likely to start an immediate fight. But this exception isn’t limited to racial or religious insults, nor does it cover all racially or religiously offensive statements. Indeed, when the City of St. Paul tried to specifically punish bigoted fighting words, the Supreme Court held that this selective prohibition was unconstitutional (R.A.V. v. City of St. Paul (1992)), even though a broad ban on all fighting words would indeed be permissible.

The same is true of the other narrow exceptions, such as for true threats of illegal conduct or incitement intended to and likely to produce imminent illegal conduct (i.e., illegal conduct in the next few hours or maybe days, as opposed to some illegal conduct some time in the future). Indeed, threatening to kill someone because he’s black (or white), or intentionally inciting someone to a likely and immediate attack on someone because he’s Muslim (or Christian or Jewish), can be made a crime. But this isn’t because it’s “hate speech”; it’s because it’s illegal to make true threats and incite imminent crimes against anyone and for any reason, for instance because they are police officers or capitalists or just someone who is sleeping with the speaker’s ex-girlfriend.

But those who want to make such arguments should acknowledge that they are calling for a change in First Amendment law, and should explain just what that change would be, so people can thoughtfully evaluate it. Calls for a new First Amendment exception for “hate speech” shouldn’t just rely on the undefined term “hate speech” — they should explain just what viewpoints the government would be allowed to suppress, what viewpoints would remain protected, and how judges, juries, and prosecutors are supposed to distinguish the two. Saying “this isn’t free speech, it’s hate speech” doesn’t, I think, suffice.

Volokh also lists various case laws in his post on the subject. So, while we may not agree with everything Geller says, she has the right to say them; she has the right to organize events that disseminate those views; and she has the right to offend. It was a Muhammad cartoon-drawing contest, not really an inciting event since most Muslims choose to ignore her in the same manner that most Christians seemingly don’t take up arms when people desecrate Christ or the Virgin Mary.

Heck, even MSNBC seems to have their act together, with Chris Hayes saying the Geller has “the right to be horrible.”

We may not agree with Ms. Geller, but we should all defend her right to express those views, even if some people think those views are bigoted. After all, no one has said defending the First Amendment is easy.  You have to tolerate a lot of good viewpoints, and some that are abjectly insane.