Eric Holder To DOJ Workers: Quit It With The Prostitutes 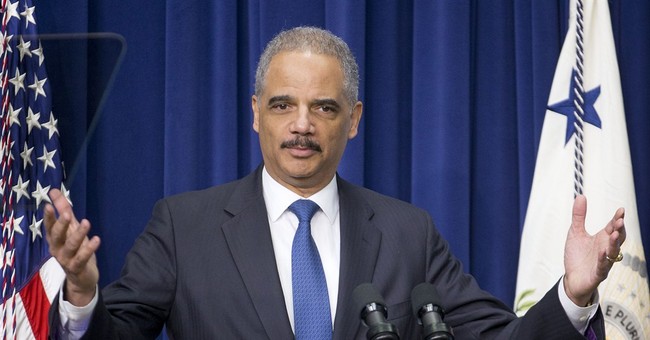 Remember when federal law enforcement officers were reportedly engaging in sex parties with prostitutes that were paid for by drug cartels? The Drug Enforcement Administration, along with the FBI and the U.S. Marshal Service, found themselves in hot water over a damning report from the Department of Justice’s Inspector General. The FBI and U.S. Marshal Service were chastised for refusing to investigate allegations of sexual misconduct and harassment. Yet, the sex party allegations were a throwback to the incident surrounding some members of the Secret Service, and their wild night before the Summit of the Americas in Cartagena, Colombia in 2012. A secret service member’s refusal to pay one of the prostitutes, which is quasi-legal in Colombia, led to the police being called. The situation devolved quickly from there, and was a major embarrassment to the agency.

Well, Attorney General Eric Holder has had enough. It was time to tell his workers that soliciting prostitutes isn’t in accordance with the rules and laws of the Justice Department (is this real life?). He issued the following memo to clear up any doubt in the matter:

The Department of Justice is measured by the conduct of those who work on its behalf. The solicitation of prostitution threatens the core mission of the Department, not simply because it invites extortion, blackmail, and leaks of sensitive or classified information, but also because it undermines the Department's efforts to eradicate the scourge of human trafficking. Regardless of whether prostitution is legal or tolerated in a particular jurisdiction, soliciting prostitutes creates a greater demand for human trafficking victims and a consequent increase in the number of minor and adult persons trafficked into commercial sex slavery.

For these reasons, I want to reiterate to all Department personnel, including attorneys and law enforcement officers, that they are prohibited from soliciting, procuring, or accepting commercial sex. This rule applies at all times during an individual's employment, including while off duty or on personal leave, and applies regardless of whether the activity is legal or tolerated in a particular jurisdiction, foreign or domestic.

Department employees who violate these prohibitions will be subject to suspension or termination. Supervisors and managers are subject to discipline for failing to report suspected violations. Suspected violations by Department employees must be immediately reported to the internal affairs personnel of the relevant component's headquarters (or, for those without an internal affairs department, an equivalent entity). Allegations determined to be non-frivolous also must be reported to the component's security personnel. The Department also expects adherence to these standards by its contractors and sub-contractors, grant recipients and sub­ grant recipients, and cooperative agreement holders, who are subject to all remedies available by statute and regulation when such standards are not met.

Yeah, it’s come to this.