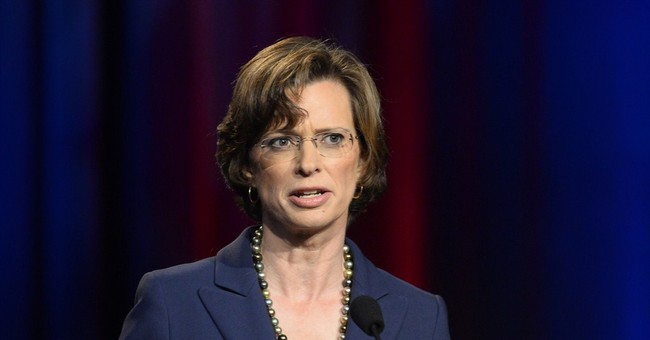 Yes, despite her eight-point loss to Senator-elect David Perdue, Michelle Nunn did strong enough to remain at the top of the contender list for future elections in Georgia. She brought in more than $14 million dollars by the time her failed senate campaign came to a close–and her “retail skills” even impressed Republican operatives, according to Roll Call.

Yet, the article also noted that 2016 might be too soon for Nunn to toss her hat back into the ring; the popular Sen. Johnny Isakson announced he would be seeking another term in office:

Nunn’s loss pumped the brakes on the Peach State’s potential transition into a swing state. Still, even Republicans concede a booming population in the Atlanta suburbs, particularly among minorities, portends more competitive statewide contests at some point in the future, even as the rest of the South continues to slip away from Democrats.

Her next campaign, at this point, isn’t likely to come in 2016, with the well-liked Isakson having already announced he intends to seek re-election. A second straight loss could damage her ability to clear the primary field in a more promising opportunity in the future, though Isakson lost twice statewide before his election to the Senate in 2004.

“Do you work to energize the base in the next election or do you work to win over independent and swing white voters? That’s the debate we’re having now,” said Rashad Taylor, a Georgia Democratic consultant at Mack Sumner Communications and a former state representative. “However we come out we’ll be in a better position in 2016 than we were this year.”

The current state party chairman, DuBose Porter, could face a challenge from Tharon Johnson, who was President Barack Obama’s Southern regional director in 2012. Both Porter and Johnson told CQ Roll Call Nunn would be an attractive candidate for any race in the near future.

Taylor said if 2014 were not a national wave year, both Nunn and [Jason] Carter, who lost his challenge to Republican Gov. Nathan Deal, would have performed better — and most are optimistic about the next presidential election year. If Nunn declines to challenge Isakson in 2016, the next Senate race won’t come until 2020, when Perdue is up for re-election and Nunn is six years removed from her last race.

The other notable option for Nunn is an open gubernatorial race in 2018.

While Roll Call mentioned the demographic changes in the Atlanta suburbs, the state really isn’t moving towards the Democrats in any timely fashion; it’s not even gravitating towards the center (via WaPo):

[T]he racial composition of Georgians is clearly changing. Nate Cohn reports that the share of registered voters in Georgia that is white declined from 72 to 59 percent over the past decade. Data from Alan Abramowitz strongly implies that generational replacement is at work. He reports that nearly 3 of 4 active registered voters older than 65 are white while less than half of those under 30 are white. Patterns like these, combined with the noncontroversial observation that whites are more Republican than nonwhites imply that the future may not be as good to the Republican Party in Georgia as the recent past.

However, the demographic change underway in Georgia does not appear to have had much, if any, net effect on Georgia’s “red state” status. At least not yet. To see this, consider a standard measure that political scientists, journalists and other election experts often use: the difference in vote shares received by the major-party presidential candidates. In 2012, President Obama lost Georgia by 7.8 percentage points and won the national popular vote by 3.9 points. Thus, in 2012 the margin in Georgia was 11.7 points more Republican than in the country overall. The figures for the 2008, 2004, 2000 and 1996 elections are 12.4, 14.2, 12.2 and 9.7, respectively.

Thus, in light of the demographic changes, Georgia’s lack of movement toward the Democrats poses a puzzle. Perhaps the most obvious answer is that while the nonwhite population is growing, the white population has continued to become even more Republican. Or, nonwhites in Georgia may be less Democratic than they were in the past. Of course, these are just conjectures. With more data, a persuasive answer should emerge.

Nevertheless, Nunn will most likely return for another crack at a statewide office in the coming years.