Are We Seeing The Return Of The ‘Security Moms?’ 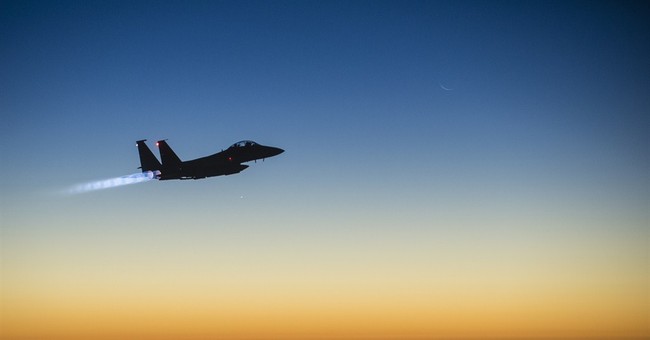 With airstrikes being commenced against ISIS in Syria and Iraq, along with the beheadings of two American journalists, the importance of foreign policy and international affairs on the minds of voters is surging right now. And it has Democrats a little worried since Republicans have the edge.

With the recent beheading in Oklahoma, where a man who was trying to convert his co-workers to Islam decapitated a woman; will this attack in our own backyard resurrect the “security moms?” These are voters who wanted national security as much as she wanted financial security in the post-9/11 world (via Cook Political Report):

The latest polls have shown a sharp uptick in the number of people who are concerned about the threat of terrorism both here and abroad. A Pew poll found that 53 percent of Americans are "very concerned" about the possibility of a rise in Islamic extremism in the U.S. which ties a record high. The Wall Street Journal/NBC poll found a whopping 47 percent of Americans saying they feel less safe than before the terrorist attacks on September 11, 2001.

I found a similar sentiment among women voters in the battleground states of Iowa and Arkansas. Earlier this week, I had the chance to observe focus groups of 20 women – ten in Little Rock and ten in Des Moines – dubbed the Walmart moms. These focus groups are sponsored by Walmart and conducted by Republican pollster Neil Newhouse of Public Opinion Strategies and Democratic pollster Margie Omero of Purple Strategies. Walmart moms are defined as women with children 18 or younger at home and who shopped at Walmart at least once in the past month. Newhouse and Omero have been conducting these focus groups of moms since 2009 and "have found them to be a proven swing block."

These women are what are known in polling parlance as "low information" voters. They are not engaged in the day-to-day political news. Few could name any members of congressional leadership (Pelosi was the one name they could muster). Most of them had very rough (or nonexistent) opinions of the candidates running for the Senate in their state - despite the almost nonstop advertising there from both sides. In other words, these are the kind of late deciding voters that could swing an election.

Pollsters Omero and Newhouse noted that the fact that many Walmart moms express specific concern about ISIS is "unusual for swing voters and not a common theme we have heard in previous groups. Often," write Omero and Newhouse, "international conflicts and turmoil have gone unnoticed by moms as their focus has been directed to domestic issues that had a direct impact on their household."

There is an anxiety about safety and security like we haven't seen since 2001. For these 20 Walmart moms, concerns about their personal safety have, in the words of Omero and Newhouse, "supplanted economic anxiety." Democrats, who had been hoping that a strong populist economic message could win them some key races, must now contend with the reality that voters - even those who normally tune out international crises- are deeply concerned about the threat of terrorism and a sense of unraveling here at home. This is why you are hearing nervous Democrats pleading for a direct and decisive response from the White House to the violence overseas.

The silence you hear on the radical nature of OKC beheading coincides with a vocal concern on the left of the return of "security moms."

If this development is happening, it could impact the 2014 Senate races in the form of a nasty October surprise for Democrats.

In Arkansas, many on the left thought Republican Congressman Tom Cotton’s perceived hawkishness would hurt him in his campaign against Democratic incumbent Sen. Mark Pryor. Well, that may not be the case anymore; Cotton is an Iraq War veteran.

In North Carolina, Tillis criticized Hagan over foreign affairs in the first debate–and the fact that she may have skipped out on a classified ISIS hearing last February in order to attend a NYC fundraiser could have consequences.