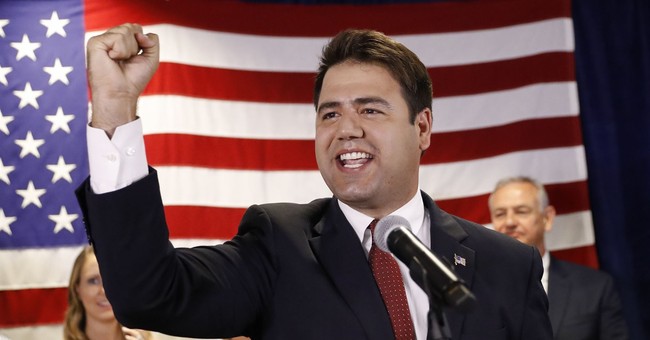 “The votes from a portion of one voting location had not been processed into the tabulation system,” officials explained. “Election night results are tabulated through the use of a device called a master PEB that is returned to the Board along with flash drives from each machine. The Griswold Center voting location had two master PEB’s, only one of which was read and processed into the tabulation system on Election Night. The additional votes identified during this preliminary audit will be reflected in the final official results certified by the Board of Elections on August 24th.”

While Balderson declared victory Tuesday night, O’Connor said in a tweet celebrating Wednesday's discovery that he is holding out for all votes to be counted.

We're confident DANNY WILL WIN once ALL the votes are counted, but we spent EVERYTHING we had on the Special Election.

Please donate $5 to make sure EVERY LAST VOTE is counted fairly.https://t.co/c4xUZd1ngr

According to the Cincinnati Enquirer, 3,435 provisional ballots and 5,048 absentee ballots will be counted by the August 24 deadline.